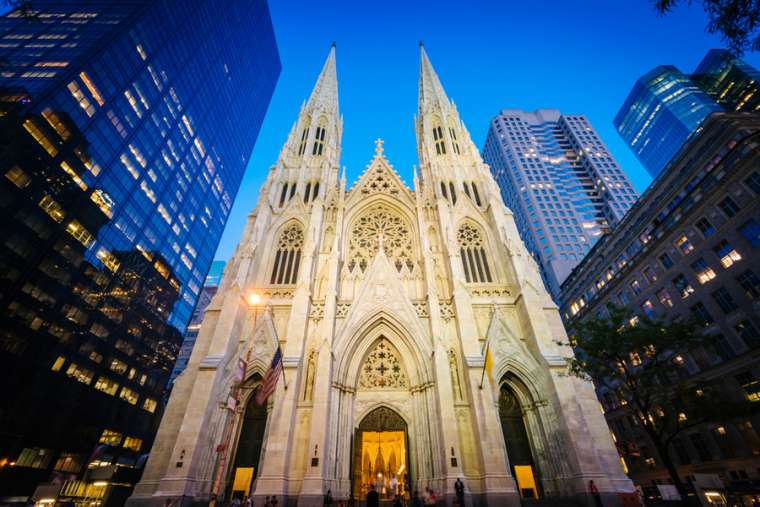 A man is in custody after he attempted to bring containers of gasoline into St. Patrick’s Cathedral in New York City Wednesday night.

A spokesperson from the Archdiocese of New York told CNA that “the individual was stopped as he tried to come into the cathedral” before he was turned over to the police.

The man was apprehended by cathedral security around 8 p.m. and taken into police custody by officers with the NYPD Critical Response Command. Police said he had a car nearby to escape the scene of the cathedral.

According to the NYPD, the man had four gallons of gasoline, two cans of lighter fluid, and two lighters with him when he attempted to enter the cathedral. He was prevented from entering by cathedral security, but while speaking with security personnel, some gasoline did spill onto the floor.

NBC New York identified the man as Marc Lamparello, whom police have said is 37-years-old and from Hasbrouck Heights, New Jersey.

When questioned by police as to why he was attempting to bring containers of gasoline into New York City’s largest Catholic church, Lamparello gave “inconsistent answers.”

Deputy NYPD Commission John Miller told reporters Wednesday night the man eventually told police he was “cutting through the cathedral to get to Madison Avenue; that his car had run out of gas.”

After police inspected his minivan, and discovered that it was not out of gas, he was taken into custody.

Lamparello is thought to be “mentally disturbed,” police sources said. Until at least 2013, he worked as a music director at a NJ parish. He has also worked as an adjunct philosophy professor, and has a degree in philosophy from Boston College.

Police have said thet have not established a motive, and have not yet charged the man with a crime. Lamparello was described as being “known to police.”

The last scheduled Mass at the cathedral for Wednesday was celebrated at 5:30 p.m., per the cathedral’s website.

On Tuesday, Cardinal Timothy Dolan of New York City expressed concern for the safety of St. Patrick’s Cathedral, which, like Cathédrale Notre-Dame de Paris, also has a wooden roof.

“Thank God the FDNY has been extraordinarily vigilant and helpful, because we’ve got a wooden roof too,” said Dolan.