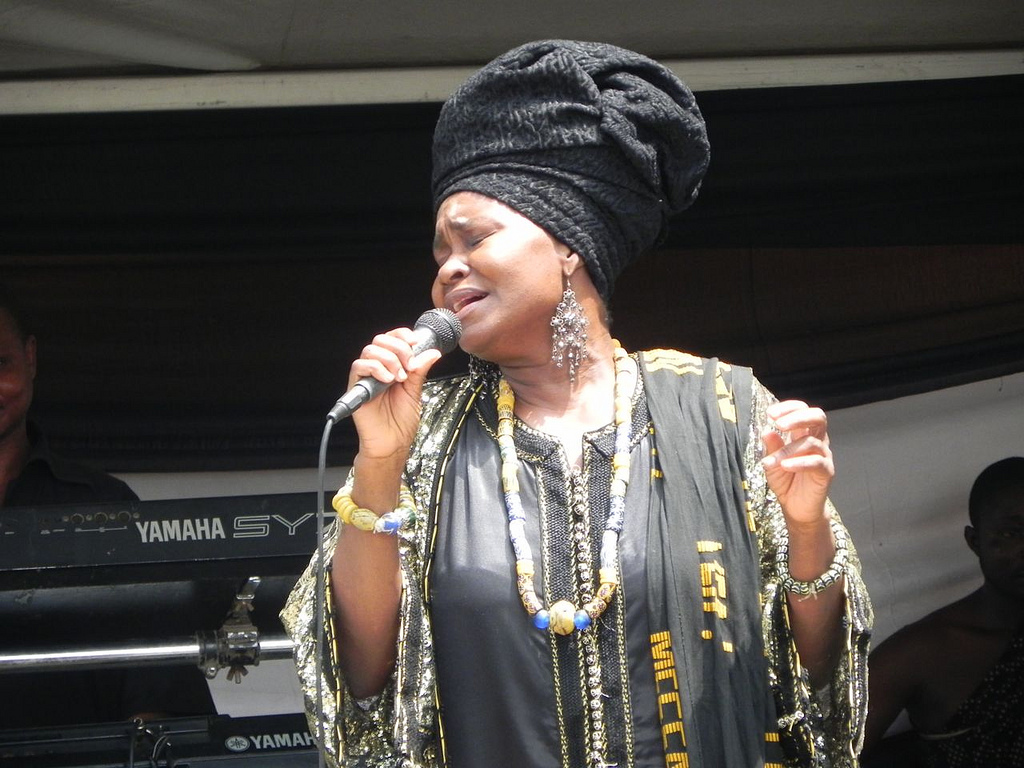 Veteran Highlife Musician, Asabea Cropper has revealed how she developed the love and passion for headgears and how that has become a part and parcel of her dress code.

According to her, she started with headgear styles like Kilimanjaro way back in 1975 and learned through her mother and grandmother.

Explaining how it started on Accra based Adom Television and monitored by BestNewsGH.com, the ace highlife musician opined that she was enthused about the looks of her mother and grandmother each time they dressed with the headgears and developed the love for it.

According to her, her grandmother who was extremely beautiful took time to teach her how to go about it until she mastered the art of knotting her headgears by herself.

She said radio and television personality with the stables of Multimedia group, Akumaa Mama Zimbi who is a known headgear freak learned from her and has since taken it to the next level.