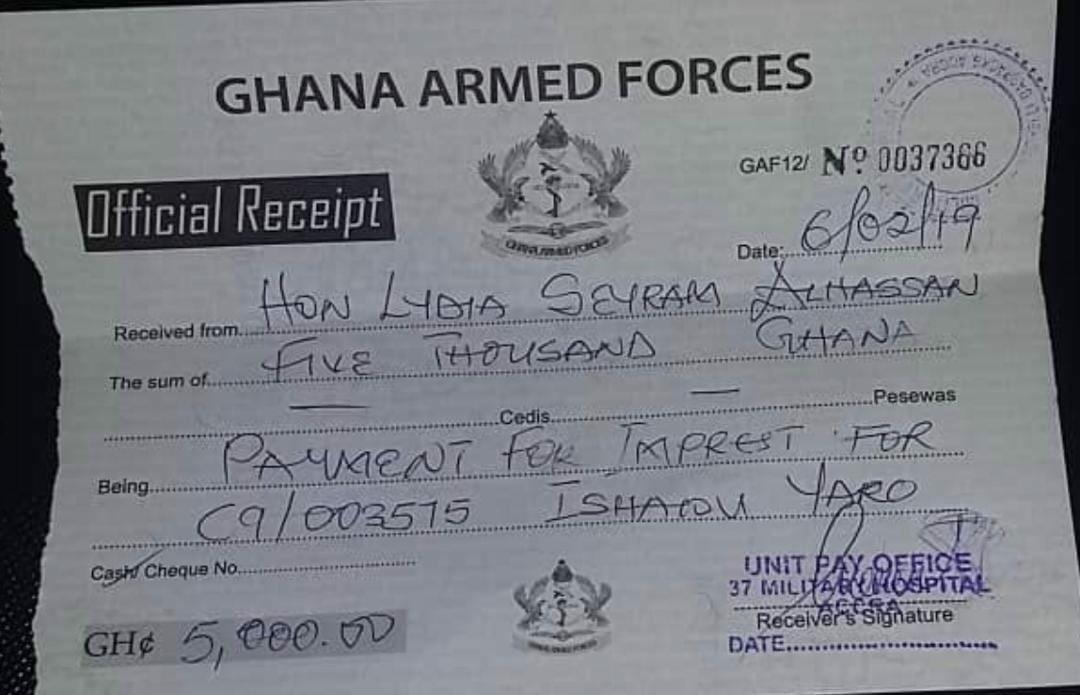 The Member of Parliament for the Ayawaso West Wuogon Constituency, Lydia Seyram Alhassan has shown proof of a deposit of Five Thousand Ghana Cedis at the 37 Military Hospital for the Medical bills of Ishawu Yaro, one of the victims of the violence that took place at the La Bawaleshie Park on the 31st of January 2019.

An official receipt in the name of MP dated 6th February 2019 described the payment as being for imprest for Ishawu Yaro, with the amount quoted as 5 thousand Ghana Cedis.

The receipt was issued by the unit pay office of the 37 Military Hospital and has the number 0037366.

This defeats the position by the family of the victim that they have not received the amount from the MP who visited the victim in the company of the National Organiser of the NPP, Sammi Awuku and the Deputy Minister for Information, Pius Enam Hadzide and some Party Executives.

Mama Lydia in a media interview said she has deposited the amount with the hospital authorities to cater for the medication of Mr. Yaro and that she had left her contact with the family members to get in touch with her if they needed further assistance.

But the family through its spokesman, Ibrahim Musah denied knowledge of any such donation and that they were already taking care of the medical bills of their kinsman.