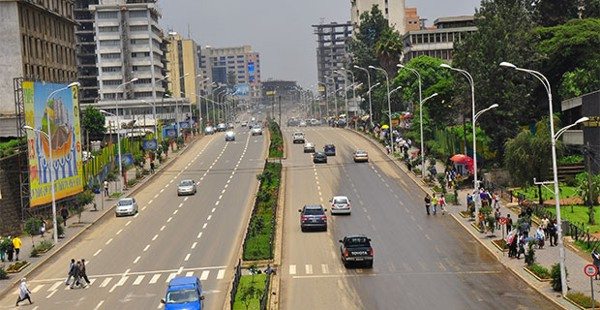 The Police have temporarily closed some major roads in Accra.

This is due to the Extraordinary Session of the ECOWAS Authority of State and Government being held in Accra on Friday.

In a press statement signed by the Director-General of Public Affairs, DCOP Kwesi Ofori, the Police noted that this forms part of the security measures for the Session being hosted in the city.

Due to the closure, motorists plying the N4 through to the Liberation Road have been advised to use the Patrice Lumumba street to link up with Dr Hilla Limann street, Kanda, and further link up the Central Business District (CBD).

Also, motorists who ply Independence Avenue have to divert onto the Liberation Road at the National Theatre to link up Ring Road towards Osu and link up with Dr Hilla Limann High Street, Kanda towards Madina.

According to the Police, traffic police officers have been deployed to assist motorists.

In view of this, members of the general public have been advised to observe the roadblocks and diversions and cooperate with its officers.

Meanwhile, the Police have apologised for any inconvenience caused due to its recent action. 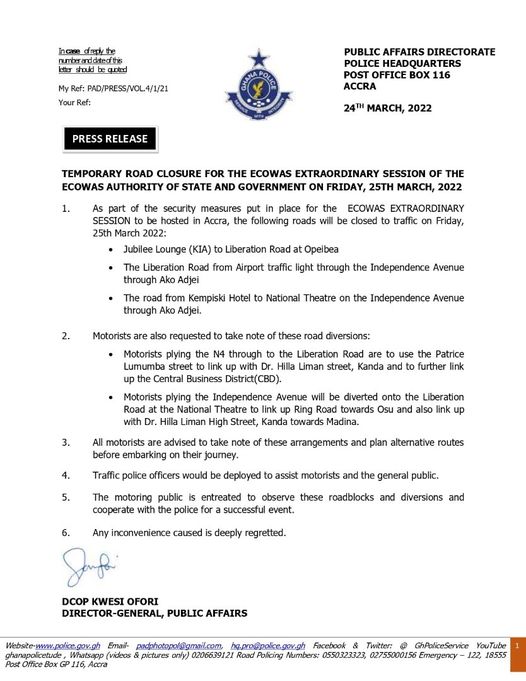