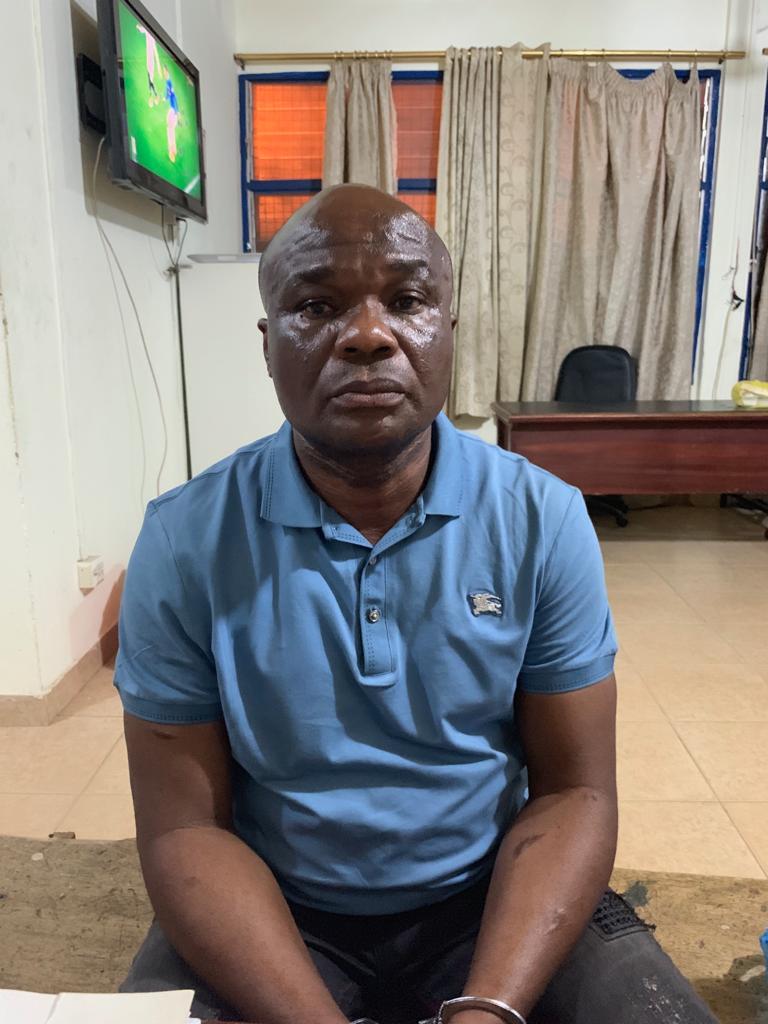 Osei Kwadwo 50, a Campaigner of ‘Mahama Come Back 2020’  who is duping people under the pretext of getting them Government Contracts, Visa and cars, has been arrested by National Security and the Police SWAT team.

Osei Kwadwo, NDC Delegate of ‘Oforikrom’ in the Ashanti Region posed as a worker at the Jubilee House and has been able to convince his victims that, he could use his powerful Connections to get them connected  for Visa’s, Cars and jobs.

Interestingly, he has been able to lure more than One- Hundred (100) women to bed through this trick; he confessed.

Many unsuspecting Ghanaians who fell for the trick paid him between GHc 4000 to Ghc 6,100.

However, luck eluded him and he was arrested by Police SWAT team and National Security in his hideout in Accra on Friday, January 25, 2019.

The police as well as the National Security are therefore calling on the general public to be vigilant in dealing with such people.