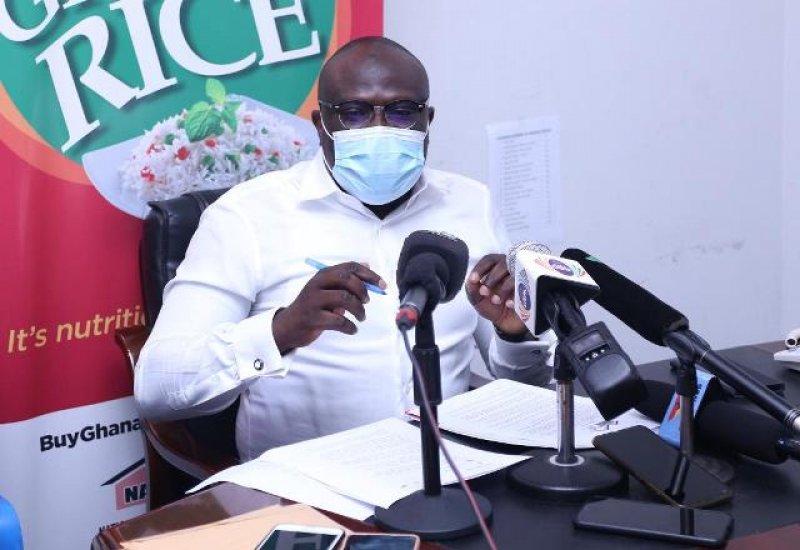 The National Food Buffer Stock Company (NAFCO) has refuted allegations that mackerel has replaced eggs in the national approved menu for students under the free Senior High School(SHS) policy.

“Mackerel and eggs have been part of the menu for students since September 2017 when the free SHS programme started and it remains same till date,” the Chief Executive Officer of NAFCO, Alhaji Hanan Abdul-Wahab, said at a news briefing in Accra on Tuesday.

Africa Education Watch, had alleged that in January 2021, a company named Lamens Ventures was contracted by government to supply imported Chinese mackerel to all SHSs in Ghana.

It said since the Chinese company started supplying the mackerel, many schools have been giving students, an egg a week, instead of thrice a week.

But Alhaji Abdul-Wahab explained that the Chinese company had been one of the many licensed suppliers since the inception of the free SHS programme in September 2017 and “not just emerging as being claimed by the Africa Education Watch.”

Alhaji Abdul- Wahab said government decided that mackerel be supplied by NAFCO together with 17 other food items, which were described as non-perishable foods such as cocoa powder, vegetable oil, and local rice.

He said the schools were made to be in charge of the purchase of perishables, which included; eggs, fresh fish and vegetables.

Alhaji Abdul-Wahab said the schools were, therefore, to deal directly with poultry farmers and egg suppliers, not NAFCO.

The Chief Executive Officer explained further that purchases under the perishable items were strictly done by schools with the 30 percent grant for the procurement of perishable goods of, which eggs were included.

“There has not been any policy that compelled SHS not to buy eggs. The mackerel and eggs are not mutually exclusive. Schools can buy eggs if they so wish in addition to the mackerel supplied by NAFCO”, he stated.