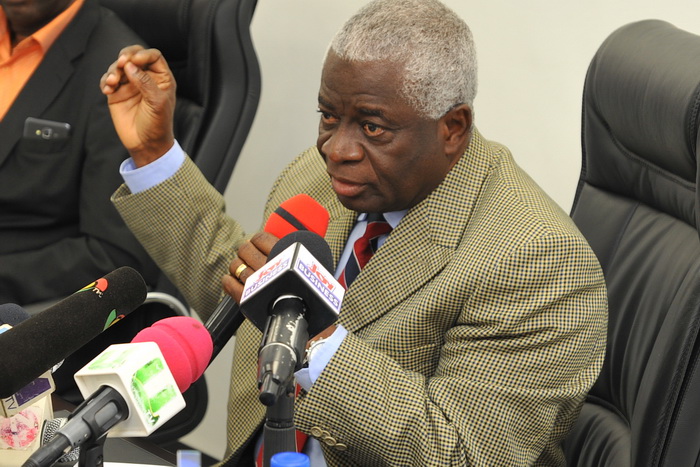 The Bui Power Authority (BPA) says the Ghana Grid Company Limited (GRIDCo) misinformed the Minister of Energy and Ghanaians, when it said the Bui Power Plant had been shut down due to low level of water and hence the intermittent power supply in the central part of Ghana and especially in Kumasi.

Following the intermittent power supply in recent weeks, GRIDCo at a press briefing on the issue on April 1, 2021 said the Bui Power Plant had been shut down because of low water in the dam and therefore all the power the country needed was being generated from the coast, Tema and Takoradi.

But reacting to the GRIDCo statement in an interview with Accra based Joy FM on Tuesday, April 13, 2021, the Chief Executive of BPA, Mr Fred Oware said the claim by GRIDCo was misleading and added that Bui cannot be responsible for the current intermittent power supply in the country.

“Let me be bold enough and say that I think GRIDCo has misled the Minister [of Energy] in making such a sad statement because as we sit here, talking right now, Bui is in operation, we have three units which works at 133 [megawatts].

“The water is gone down without any doubt whatsoever but this is not an unforeseen act, we knew this and last year when we submitted our supply plan, we indicated clearly that this year, we will not be able to generate as much as we generated last year and we’ve given them month by month how much we are going to. If there is a problem, lets talk about it but they can’t put it on Bui because we knew last year that the supply plan will be what it is and so they should have looked at our supply plan and make alternative arrangements to fill in the gap but to say that there is dumsor in Ghana because…, it is quite misleading and I think you can make your own independent investigation.

Mr Oware reiterated that Bui was a peaking plant and requires just about five minutes to start the plant and supply power unlike other hydro plants that require about 30 minutes or so to start.

“As at this morning, we were generating 90 [megawatts]”, he explained.

He insisted that the problem of intermittent power supply has nothing to do with Bui.

He explained that Bui has a three-year cycle and [that] three years ago water was spilled at Bui for 10 days. And when they calculated, it was something like US$600,000 equivalent per day for 10 days.

“Last year the rainfall wasn’t as good as the previous year, this is the worst for the three years and so we expect next year to be much better. These are things which are known and calculated. Now it is for the system operator to say that if you are looking for, at peak, 2800 [megawatts] to sustain the system and a generator number one, Bui, will give me 90 [megawatts] what is the difference, the 2710, let me go and look for it from somewhere, if you don’t go and look for it and you wait and your light goes off, you say that because of Bui’s 90 that is why, that is not right”, he said.

GRIDCo had explained on April 1, 2021 that the Ameri Power Plant was being relocated from Aboadze to Kumasi in the Ashanti Region as a move to help use the 250 megawatts plant to stabilise the power situation in the central part of Ghana.

GRIDCo’s Director of System Operations, Mr Mark Baah had said the Bui Power Authority (BPA) or the Bui Hydroelectric Power Plant happens to be the only power generation plant which is located in the central part of Ghana.
All the other generating power plants are located in the southern and coastal parts of Ghana.

Bui supplies the central part and the rest of the load is met by generation from down south.

Whilst giving an update on the intermittent power supply being experienced in Ghana at the moment especially in Kumasi and Accra, the Director of System Operations at GRIDCo, Mr Mark Baah said “currently, we have had to shut down the Bui plant because of the low level of water in the dam.”

In view of this, every power that Ghana requires from the southern parts up to Bolgatanga, Wa, everything has to come from the coast, down south upwards towards the north.

He said since the beginning of the year, there has been some power interruptions in the network.

This, he said is primarily due to the fact that the transmission system in particular has some “weaknesses, which we are trying to address but have not finished yet.”

“So we have had intermittent outages, sometimes transmission lines tripping off from the south western part of the country, affecting the entire system particularly Kumasi and this culminated in the entire system collapse on March 7, 2021”.

“Beyond this, Ashanti Region and in particular Kumasi has been experiencing intermittent outages particularly in the evening during peak times and all this is basically because of the fact that our power system has grown in terms of demand.”

Mr Baah said: “In fact, for the first time this year, we have crossed 3000 megawatts in terms of demand. At the moment, there is no generation plant in the central part of Ghana. All the power needed is generated from the coastal parts of Ghana.

“Kumasi happens to be the major central point within the system, heavy load. By the time the power gets to Kumasi, the voltage is so low, when voltages are low, you switch on your light and it is almost dim. Normally people call it low current, it is actually called low voltage, the voltage becomes so low and if we don’t do anything about it to prop up the voltage, the entire system will collapse.

“So it happens that during the evenings, during peak hours when the voltages are so low, sometimes we’ve resorted to taking off some figures particularly in Kumasi in order to prop up the voltages, so you will have Kumasi continue to experience this outage situation.

“We’ve noted that inherent problem and there was a partial solution whereby we moved one transformer from Accra to Kumasi, but this is not the entire solution.”

To address the Kumasi problem, he said the Kumasi-Kintampo project is being built and will be completed by July 2021.

Why Ameri is going to Kumasi

He said as they analyzed, they saw that it is best to get a generator around Kumasi, “so the Ministry [of Energy] has taken a decision that the Ameri Power Plant, should be moved to Kumasi. So efforts are being put in place to ensure that gas infrastructure is sent to Kumasi to feed the Ameri Power Plant once that project is done. So when this is completed, our system will become even more resilient,” Mr Baah said.