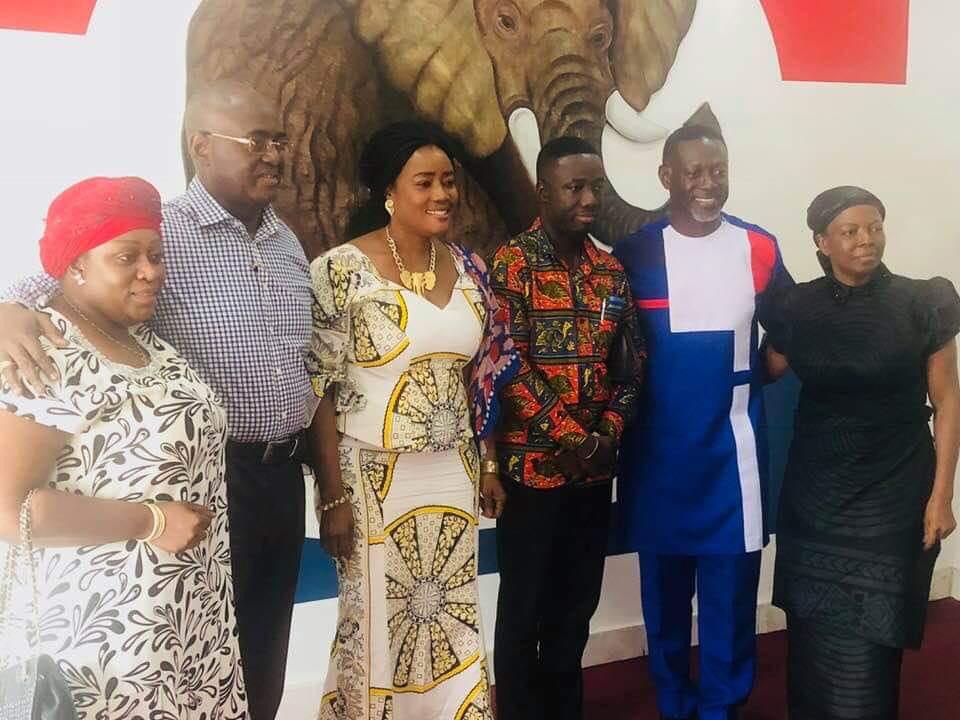 Widow of the late Member of Parliament for Ayawaso West Awuogon Constituency, Emmanuel Kyeremanteng Agyarko , Lydia Alhassan together with Edward Kufuor, son of former President Kufuor, Edward Kufuor including 4 other are set to slug it out on the 29th of December 2018, in the party’s parliamentary primaries to elect a candidate to contest the Ayawaso West Wuogon Constituency by-election.

The six have sailed through the vetting process and will being campaigning in earnest to woo delegates to their side.

It was initially thought that the race would be a cool-chop for the widow, who is seen as the favourite to succeed her late husband, given the fact that her support base as far as the by-election is concerned, has been polling station executives from the constituency who went as far as picking her nomination forms for her.

But the entry of Edward Kufuor seems to have doused that argument, particularly emanating from the fact that he holds the name and perhaps wield some clout.

Another contender that should be watched closely is Maame Yaa Aboagye who is one of the deputy communications directors of the ruling New Patriotic Party as she has been touted as a very formidable and popular person in the constituency.

The by-election which has been slated for 31st January 2019 was occasioned by the demise of the MP for the area, Emmanuel Kyeremanteng Agyarko who passed on a few weeks ago while receiving treatment for an ailment in the United States of America.