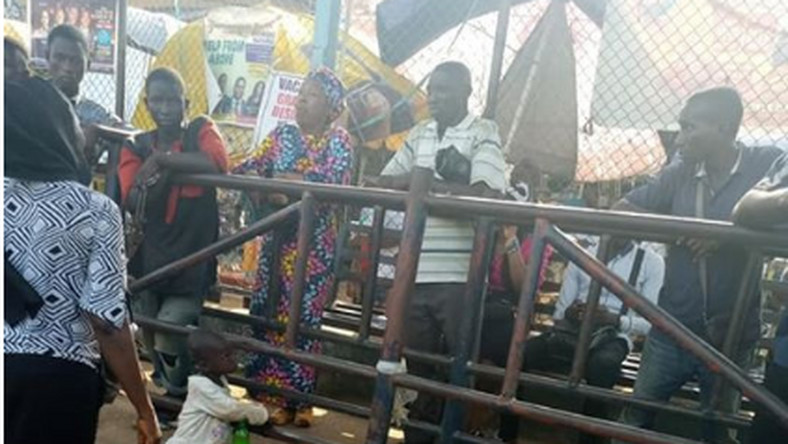 An innocent little girl who looked stranded at a Bus Rapid Transit terminal in Lagos was actually sitting beside the corpse of her mother, ignorant of the fact that she was dead.

BestNewsGH.com sources report that the diseased, identified as Funmi Ajayi, slumped and died at the Ikotun BRT bus station on Tuesday, March 10, 2020.

Ugochi Euphemia, an eye witness who shared the pathetic story on Facebook with accompanying pictures wrote:

“Pls if you know dis woman called Fumi Ajaye and her daughter, pls report immediately at Ikotun BRT. She is dead and her daughter is stranded, pls share dis until it gets to the family.’’ 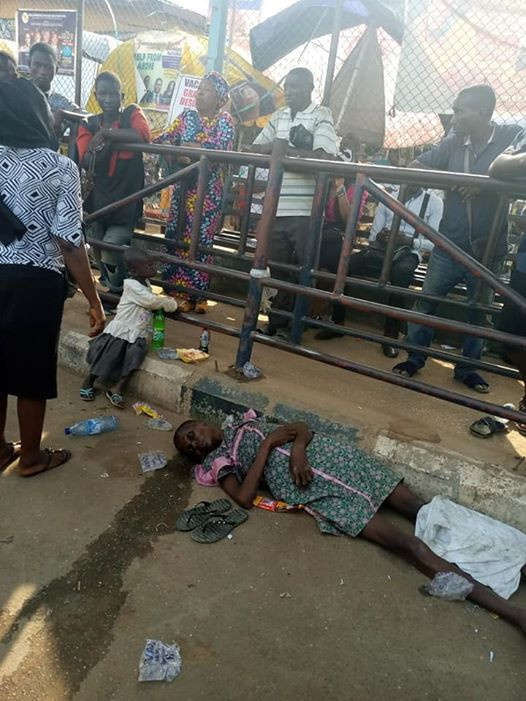 The little girl was traveling with the late mother when the incident occurred, but young as she is, she did not know her mum had died, and so sat innocently as the diseased lay on the ground.