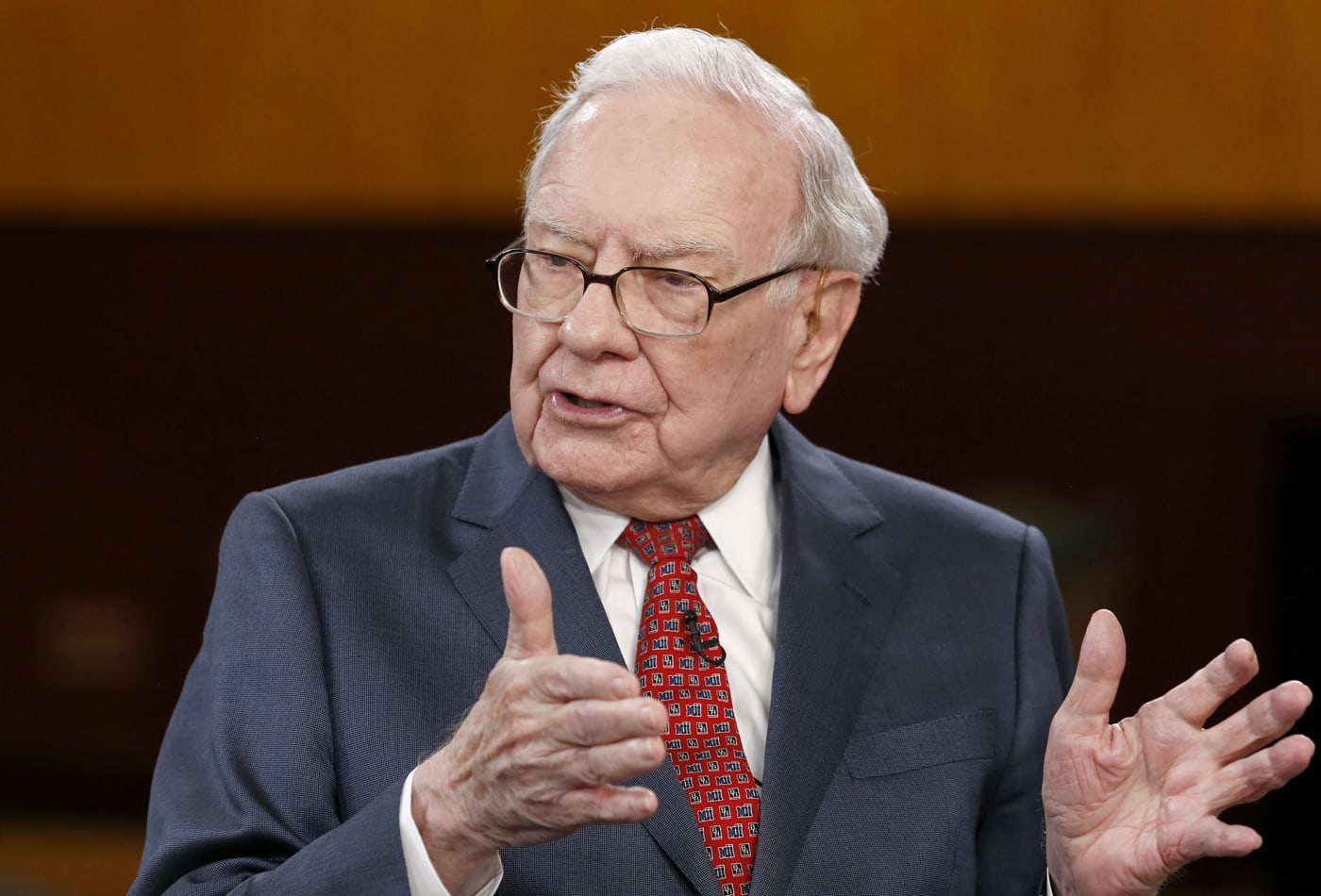 Warren Buffett believes investors should avoid using borrowed money to buy stocks. “It is crazy in my view to borrow money on securities,” he tells CNBC. “It’s insane to risk what you have and need for something you don’t really need.”

“It is crazy in my view to borrow money on securities,” he told CNBC on Monday. “It’s insane to risk what you have and need for something you don’t really need. … You will not be way happier if you double your net worth.”

“My partner Charlie says there is only three ways a smart person can go broke: liquor, ladies and leverage,” he said. “Now the truth is — the first two he just added because they started with L — it’s leverage.”

The Oracle of Omaha explained the perils of using debt and leverage in his 2017 annual letter to Berkshire Hathaway shareholders released on Saturday.

“Berkshire, itself, provides some vivid examples of how price randomness in the short term can obscure long-term growth in value. For the last 53 years, the company has built value by reinvesting its earnings and letting compound interest work its magic. Year by year, we have moved forward. Yet Berkshire shares have suffered four truly major dips,” he wrote.

He shared the data that revealed Berkshire Hathaway’s stock declined by a range of 37 percent to 59 percent multiple times over the last five decades.

“This table offers the strongest argument I can muster against ever using borrowed money to own stocks. There is simply no telling how far stocks can fall in a short period,” he wrote in the letter. “Even if your borrowings are small and your positions aren’t immediately threatened by the plunging market, your mind may well become rattled by scary headlines and breathless commentary. And an unsettled mind will not make good decisions.”