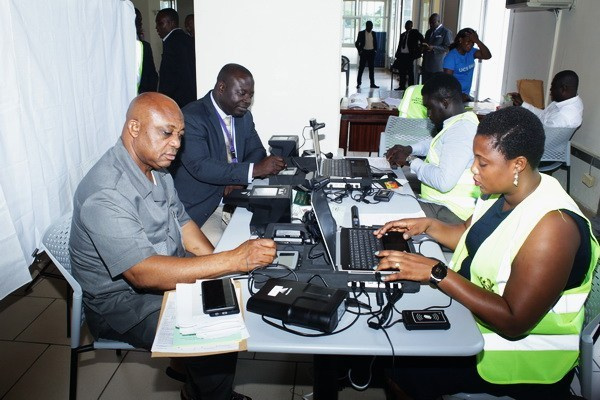 More than 2, 000 new voters have been registered and issued their voters’ identification cards in the Asheidu Keteke District in the Odododiodoo constituency.

Mr Eric Okyere, the District Electoral Officer, said the 2,010 newly registered included 1,417 new voters captured by the close of the first week and 593 applicants registered in the second week as at 10:15 hours on Wednesday.

In an interview with the Ghana News Agency, Mr Okyere said the process had been smooth despite the few hitches it encountered in the early stages.

He said in order to fast track the process, it was employing both the online and offline registration processes.

“I think the process is on course even though it has not gone as we expected due to initial challenges with the online registration. The online is on but at times, there are some breaks in the network so we are now combining both the online and offline so that we will able to serve our applicant as and when they come”.

He further stated that the process had been relatively peaceful and smooth despite a little fracas that ensued earlier in the registration between some of the agents of the political parties.

This, he said, had been addressed with additional security deployed to the district.

“Security has been excellent in the sense that initially, we had some challenges with the political parties trying to have their own way so we had to inform the Police Command and the number was increased to three. As I speak now, they are all at post to make sure the process progresses”, Mr Okyere stated.

“The agents of the political parties also came together and resolved the disagreement amicably and that has helped to maintain the peace,” he added.

He urged the applicants to continue to cooperate with the officials and the Electoral Commission as it continued to work to ensure that every eligible applicant was registered before the deadline.

The exercise, which began on June 17 is expected to end on July 7.