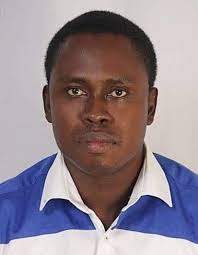 Legal Practitioner and Politician, Sulley Sambian has berated journalist from the stables of Loud Silence Media, Kelvin Taylor for his utterances on the issue between Assin Central Member of Parliament, Kennedy Agyapong and a judge, Mr. Justice Amos Wuntah.

According Mr. Sambian who is also the ruling New Patriotic Party’s North East Regional Secretary, Mr. Taylor has misled the public with his comments when he sought to portray that a custodial sentence had been slapped on the Assin Central Legislator for some unsavory comments he is alleged to have made against the judge in particular.

Mr. Sambian said Kelvin Taylor did not understand the warrant issued by the court.

‘’And so, I heard and saw the video of Ken Agyapong on the exparte application for injunction issue.

First of all, I am not the judge; I lack the capacity to pronounce on guilt of Ken Agyapong. This however, should not be seen as my endorsement of wrong going. No.

Kelvin can be excused for miscomprehension of the warrant. However, the mischief and spin he puts to the issue must be interrogated.

First of all, he said the president summoned the Chief Justice and requested that Ken Agyapong must not be committed to prison since he would be forced to grant him a pardon.

Secondly, on the basis of the president’s demand, the Chief Justice who he describes in words that I cannot repeat here, summons the presiding judge, Mr. Justice Amos Wuntah requesting him not to imprison Ken Agyapong.

But did the chief justice meet the president on that Sunday as alleged by Kelvin Taylor?

If indeed they met, what was the subject matter of their discussion?

And has Kelvin Taylor provided any evidence apart from spewing such obscenities on social media?

Again, did the Chief Justice summon Justice Wuntah to his chambers? If he did, what was the content of their discussion?

Now a bit of education here

Contempt is quasi criminal. In other words, it looks like a crime. Because it is a “crime lookalike” the standard of proof is high.

When contempt proceedings are brought before the court we can only be sure of two outcomes:

A return of a guilty or not guilty verdict.

Where a return of not guilty verdict is pronounced, the person charged walks home free. However where a guilty verdict is pronounced, the judge, proceeds to sentence the contemnor. It must be understood that the right to sentence is vested in the judge sitting on the case. The discretion is entirely his. He may sentence the contemnor to a fine, he may sentence him to a term of imprisonment, he may caution him or even bond him to be of good behavior.

I am tempted to believe Kelvin Taylor’s soul can only find rest when Ken Agyapong is sentenced to a prison term. But this is entirely for the judge if there is a conviction.