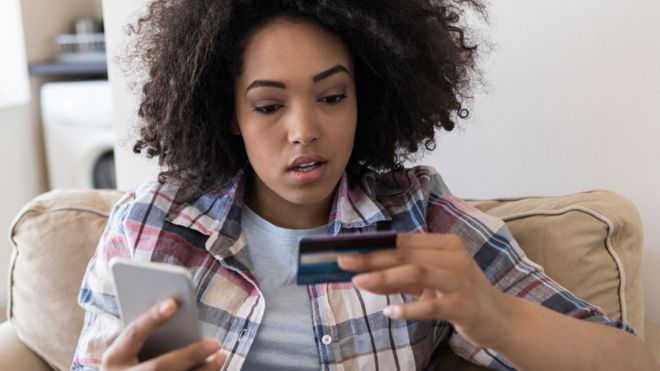 A young lady identified as _peesee on Twitter took to the microblogging site to share her experience. She explained that a young man claiming to work with her bank called her and when she asked what bank, he said First Bank. Knowing that she does not have an account with the said bank, she played along.

The man had asked for her card number and email address – The alleged scammer ended up sending Peesee airtime to enable her send her details In Nigeria, internet fraud has become a well-known menace as more criminals find creative ways to dupe people of their hard-earned cash.

The man then proceeded with his plan. He asked for her ATM card number, email address, and the password for her e-transfers so that her blocked account can be opened.

Seeing an opportunity to beat the alleged scammer at his own game, Peesee explained to him that she typed out the needed information but did not have airtime to send it, seeing as her account is blocked, she cannot top up from it. Interestingly, the scammer offered to send her N200 airtime. He ended up sending N400 airtime to Peesee.

Thinking the end of the game was in sight, the young man called Peesee to ask if she had seen the airtime and she confirmed, saying she would send the needed details.

However, rather than sending the information, the lady thanked him for the airtime and told him she does not use First Bank. The scammer resorted to curses and threats and even promised to report the case to the bank.