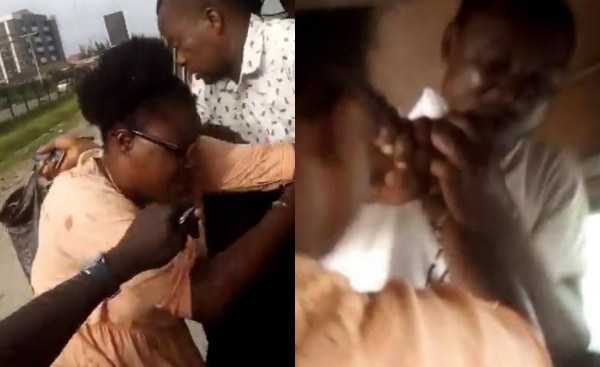 There was quite a drama in a bus in Lagos recently after a lady went wild and fought dirty after, she was allegedly sexually harassed by a co-passenger.

Unfortunately, it was the lady who fought back after a co-passenger allegedly sexually harassed her that was left behind as the bus driver drove off.

‘’The craziest thing happened today. This woman claimed the man touched her and just went berserk in the bus. Conductor and passengers had to find a way to discharge her’’