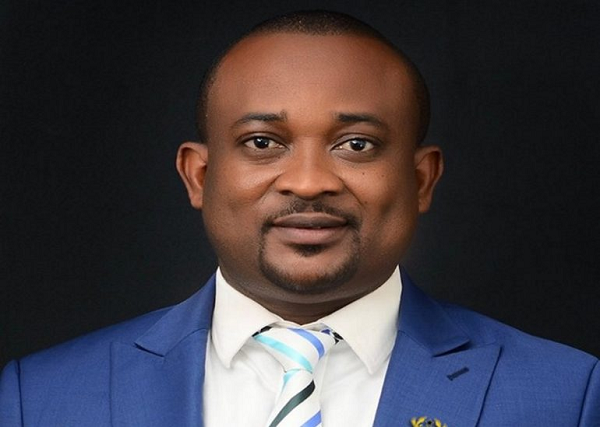 The Deputy Information Minister Pius Hadzide has said the appointment of Kwame Owusu as the new Board Chairman of the Ghana Revenue Authority (GRA), is based on his excellent track record in his previous position at the Ghana Maritime Authority.

Speaking on Eyewitness News on Tuesday Mr. Hadzide described the president’s decision as a good one adding that Mr. Owusu will no doubt outperform in his new position.

“If you go and check the track record of the gentleman in question, during his time at the Ghana Maritime Authority, his track record was quite impressive. The facts speak for themselves. In 2016, that organisation was making loses, revenue was about some GHc64 million and their expenditure was about GHc72 million. When Mr. Owusu assumed office in 2017, they made a revenue of GHc99 million and expended GHc66 million thereabout. The organisation was turned around into a profit-making organisation,” he said.

President Nana Akufo-Addo appointed the former Managing Director of the Ghana Maritime Authority, Mr. Kwame Owusu as the Chairman of the Board of Directors of the Ghana Revenue Authority in a letter dated June 2019.

A letter from the Office of the President sighted by citinewsroom.com congratulated Mr. Owusu for his appointment and urged him to indicate acceptance of the new role within 14 days.

Mr. Kwame Owusu resigned as MD of the Ghana Maritime Authority in February 2019.

He resigned a few weeks after he was accused of financial misappropriation at the company.

But government officials say the resignation was because Mr. Owusu had attained the age of 65 and was retiring.

He is alleged to have superintended over questionable expenditure at the authority, including spending a million cedis to renovate his official residence.

Mr. Owusu was accused of renovating his 2-bedroom Cantonments residence at the cost of GHc1 million.

He was also accused of using over GHc10,000 to host a lunch meeting for 17 people at a hotel he owns.

The government subsequently instituted a probe into the matter; the report which has not been made public.