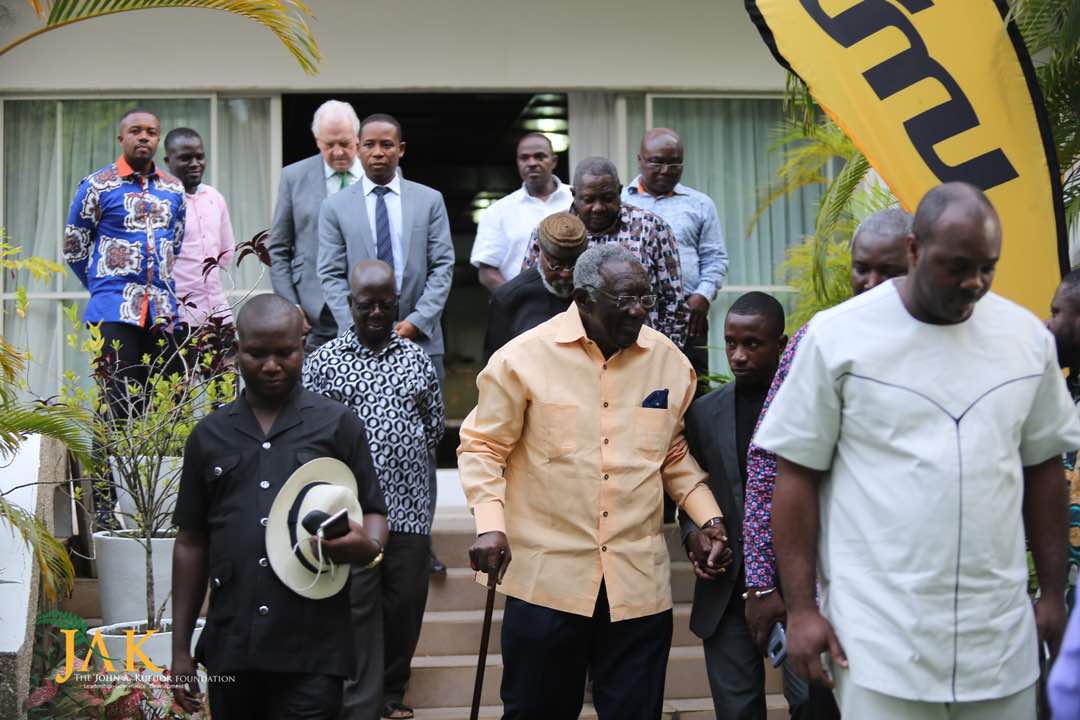 According him, things have degenerated to the level where the former president is presently living as though he was in opposition even though his party is currently in power

Mr. Akamba who is aspiring to become the opposition NDC’s substantive  national organiser opined that the grand scheme by president Nana Addo Dankwa Akufo-Addo is to weaken the akan front in the ruling New Patriotic Party (NPP), hence the shabby treatment being meted out to the former president

Speaking on Accra based United television and monitored by BestNewsGH.com, the militant and vociferous NDC national executive member posited that the posturing and demeanour of the president towards the former president is most unfortunate and will spell calamity for the ruling party if steps are not taken to stop such acts

According to the aspiring national organiser of the NDC, the NPP is fast losing grounds in the Ashanti Region as a result of the harsh treatment that is being meted out to akans in the current administration

‘’Today if you meet former president Kufuor, he is more than someone who is in opposition. We are politicians and we meet and talk, and I can tell you the man is suffering, believe me. I speak the truth as it is. I can’t pretend, that is one thing about me. I know a lot of things happening in the NPP just as they also know the things that are happening in the NDC’’ he noted