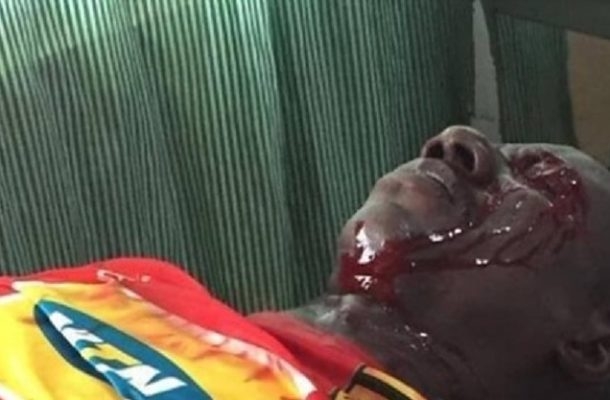 A supporter of Kumasi Asante Kotoko is battling for his life after he was allegedly shot by police as violence marred the team’s premier league match with Berekum Chelsea at the Baba Yara sports stadium on Sunday, 12 January 2020.

The porcupine warriors’ fan who was shot in the head was rushed to the Komfo Anokye Teaching Hospital’s emergency centre after the team lost 0-1 to Berekum Chelsea.

The victim was later referred to Spectra Heath Centre for scan to be taken on him.

Some management members and supporters of Kumasi Asante Kotoko thronged to the hospital to symphatise with the victim.

He said club will foot the medical bills of the supporter and called on the police to initiate swift investigations into the shooting.