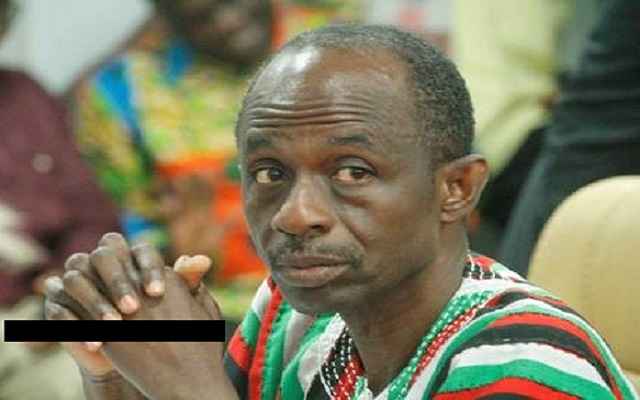 National Organiser of the ruling New Patriotic Party (NPP) Sammi Awuku says the General Secretary of the opposition National Democratic Congress ( NDC) Johnson Asiedu Nketiah is sitting on tenterhooks because of the stiff and tight competition he is facing from his deputy, Koku Anyidoho.

According the immediate past National Youth Organiser of the NPP, for the last twelve years that General Mosquito as the NDC chief scribe is popularly known, he has never printed campaign posters for an election in the general secretary race.

He said the mere fact that Mr. Asiedu Nketiah has been forced to print campaign posters for this particular election is indicative of the fact that the race is getting tight and too close to call for the veteran General Secretary.

‘’I am telling you that for the past twelve years that he has been the party’s General Secretary, he has never printed a poster for an election. This is the first time he is printing posters. You can ask anybody in the NDC circles’’ he said.

Mr. Awuku who was speaking on an Accra based radio station and monitored by BestNewsGH.com said Mr. Asiedu Nketiah is credited with taking the party to power and taking it back into opposition.

The opposition NDC will be going to congress in November this year to elect national executive officers and Mr. Asiedu Nketiah who is the incumbent General Secretary of the party is facing the challenge of his life from his own deputy, Koku Anyidoho who looks determined to unseat him.