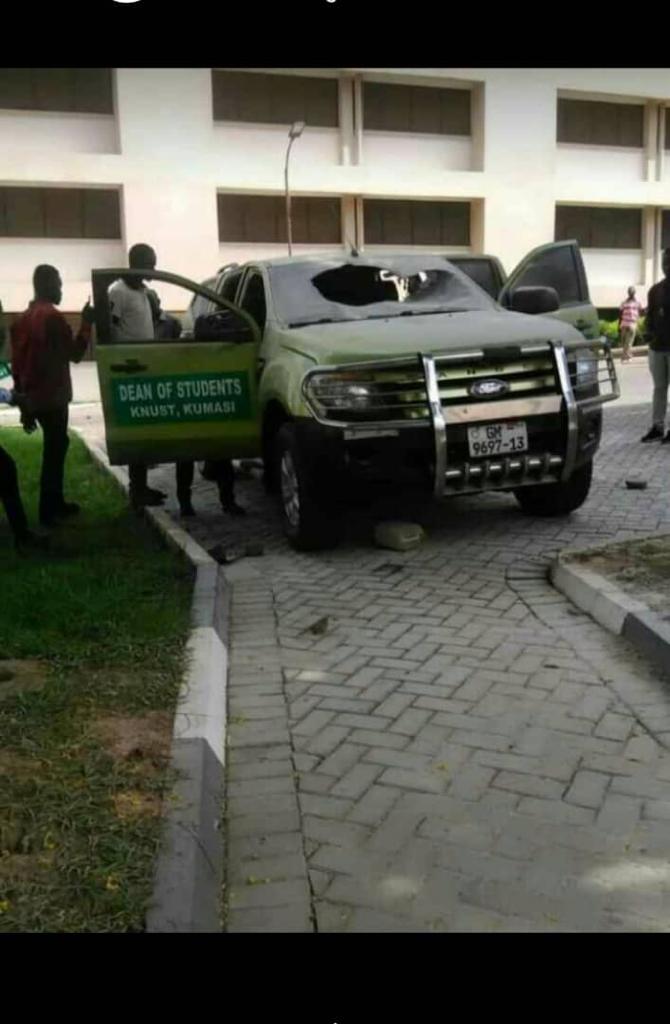 The ruling New Patriotic Party Member of Parliament for Manhyia North Constituency in the Ashanti Region, Collins Owusu Amankwah has hinted that students of the Kwame Nkrumah University of Science and Technology (KNUST) will be levied to pay for the properties that were destroyed during the demonstration that turned brutal in the school last week.

Several properties, public and private including an estimated 40 private cars were destroyed during the demonstration by the students who were protesting some policies that have been introduced by authorities of the university, particularly the decision to mix hitherto single halls in the school.

Sections of the Ghanaian public including political leaders from both divides have condemned the acts of vandalism that led to the destruction of the properties, arguing that the students could have gone about the entire exercise without going violent.

Editor-in-Chief of the New Crusading Guide Newspaper, Abdul Malik Kweku Baako for example said the action by the students was ‘’needless and ought to be condemned outright’’

But speaking on the issue on an Accra based Television station and monitored by BestNewsGH.com, the Manhyia north MP who is also one of the leaders of the defense and interior committee of parliament said the students would bear the cost of the destroyed properties.

‘’They will levy all of them and that is one of the prices they have to pay for going violent and destroying the properties. That is the price of vandalism. The most painful thing is that, it is the innocent parents who will pay for it.’’ The MP said.