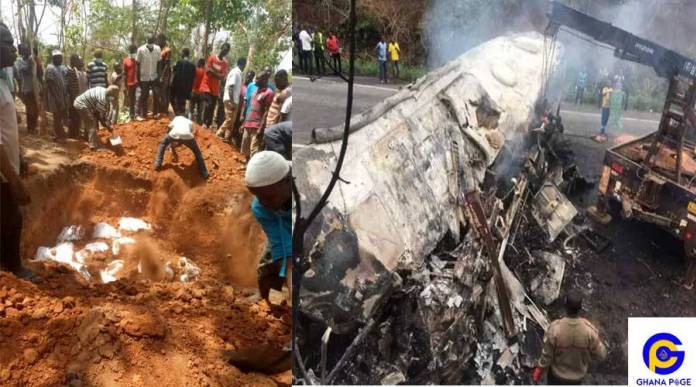 A survivor of the gory Kintampo Accident which claimed more than 60 lives last Friday has accused the police of stealing some 18 thousand Ghana Cedis belonging to him at the accident scene.

Aziz Mohammed said the money was meant for the purchase of some goods for his business and had the cash in a bag which has since gone missing.

According to the victim who granted an interview to Accra based Adom Fm, his enquires about the whereabouts of the bag revealed that the bag together with its contents was in the custody of the emergency services team that was at the scene to help out.

He said he has been to both the police and Fire Service in search of the money but to no avail as the two state agencies keep tossing him up and down without any concrete information regarding the whereabouts of the money.

Mr. Mohammed also revealed that he lost two brothers, four mobile phones and the 18 thousand Ghana Cedis, saying he needs the cash back, to inject into his business in order to stay afloat.