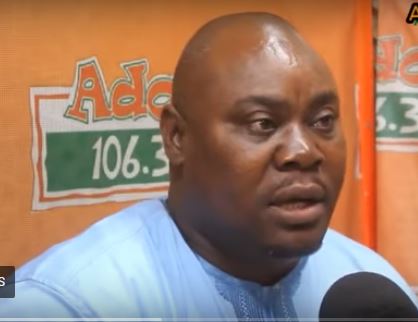 Security expert and leading Member of the opposition National Democratic Congress (NDC) Agbesi Nutsu has said even though politician and businessman Kennedy Ohene Agyapong is the noisy and loud type, he will not go to the extent of killing anyone.

Mr. Nutsu was speaking on an Accra based radio station with regards to allegations against Mr. Agyapong that he is the prime suspect in the murder of Ahmed Hussein-Suale.

According to him, the police should be looking within the inner circles of Tiger Eye PI, where the slain journalist worked as lead undercover investigator.

‘’When the police invited Anas Aremeyaw Anas, he told them he was not in the country. But that is not true. When we went for the funeral of Ahmed Suale, Anas was there and he was at the cemetery too. I know him personally. So why did he lie to the police that he was not in town?’’ he quizzed.

Mr. Agbesi Nustu made a passionate appeal to president Nana Addo Dankwa Akufo-Addo to endeavor to move the investigations concerning Ahmed’s murder from the police to the Military intelligence, explaining that the military has the capacity to do a thorough job.

‘’I would like to appeal to president Nana Akufo-Addo, if this thing can move beyond the police and move to military intelligence. I say this because the police and Anas are too close and I don’t expect them to do a good job’’ he said.

He extolled the police not to be swayed by the court of public opinion, but spread and broaden their investigative network in order that they can marshal all the necessary leads that will help them do a good job.

Mr. Nutsu indicated his resolve to meet the police and national security operatives to discuss findings he has made privately on the murder and help provide some leads that will aid in the investigations.