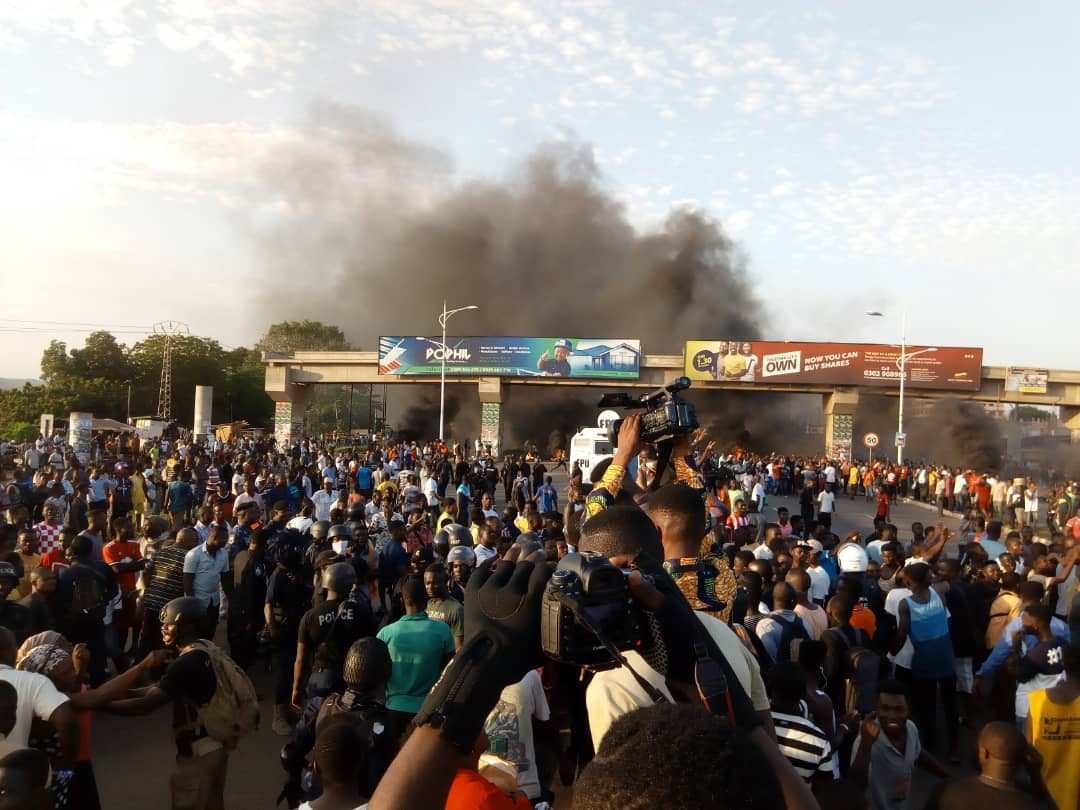 Thousands of residents of Adenta in the Greater Accra region are currently engaged in a march within the Adenta and Madina area to draw government’s attention to the footbridge issue, which can best be described as a death trap, leading to the loss of several lives.

Last week a female student met her untimely death after she was knocked down and killed by a speeding vehicle, culminating in a rumpus including burning of tyres by residents in protest against government’s seeming disinterest in fixing the half constructed footbridge.

Their protest seem to have gotten the desired results as government moved in and announced the return to site of contractors to complete the footbridges which number has been put at six (6).

The sector Minister, Kwasi Amoako Attah announced that as a way of speedily dealing with the footbridges, some 6 contractors have been engaged to work on them, assuring that all the 6 footbridges will be ready by February next year.

This morning’s protest march according to the residents is to remind government that they will hold it accountable for the promise of fixing the bridges within three months.

They marched from the Adentan barrier to the ritz junction area with full police protection.

Disagreements however ensued between the protesters and the police when they protesters wanted to proceed beyond ritz junction into madina.

The police disagreed as that was not part of the agreement, an assertion that has been corroborated by the organizers.

Overall the protest has been said to be peaceful and successful.