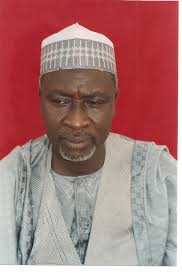 Information available to BestNewsGH.com indicates that former Regional Minister for the Upper West Region, the Hon. Sahanun Mogtari has passed on.

Mr. Mogtari was also a former Ambassador to Burkina Faso.

From 2001 to 2005, he was appointed as Regional Minister by the then president, John Agyekum Kuffuor.

Details about the course of his death remain sketchy but BestNewsGH.com is told he passed on after a short illness.

He was last seen publicly on the 15 of October 2019, during the official ceremony to herald the commencement of commercial flights to the Upper West Regional Capital, Wa.

Until he joined mainstream politics, Alhaji Sahanun Mogtari was a tutor at the Wa Senior High School.

This website will bring readers more details on this sad story in subsequent publications.