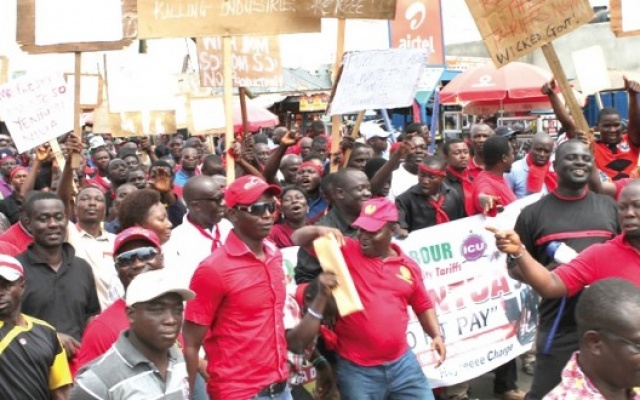 The coalition of concerned teachers has served notice that it will embark on a strike action on the 1st of November 2018 to protest the failure of government to pay them some arrears due them for a long time now.

President of the Coalition, King Ali speaking on an Accra based radio station and monitored by BestNewsGH.com said the government owes members of the Coalition some allowances which has been outstanding for a long time now.

According to him, they will be left with no option but to hit the streets and embark on a strike action to register their displeasure at the laxed manner in which government is treating their concerns.

‘’We have given government up to the 31st of October to resolve our concerns and pay us or will be left with no option but to embark on the strike action. We have served notice to the labour commission and the police and all other relevant places that matter’’ he said.

He clarified that the current New Patriotic Party (NPP) Government inherited the arrears from the previous National Democratic Congress (NDC) administration, adding that there is so much disquiet among teachers about the money.

‘’Recently they issued some data that they had paid about 10 thousand teachers, but if you look at that the amounts they paid them, it was appalling. There are people whose money that is due them is 5 thousand cedis and the fellow is paid 5 hundred cedis, someone’s is 10 thousand and the fellow is paid 1 thousand, someone was even paid 70 cedis and they are doing this anyhow meanwhile the teacher has worked and is entitled to the money.’’ he said.

They are also impressing upon government to balance the free Senior High School (FSHS) policy with teacher motivation in order to realize the objective of the policy which is to churn out well-brewed SHS graduates.

‘’If teacher issues are not addressed, what will happen is that you pump billions of Ghana cedis of the taxpayer’s money into the Free SHS policy and you end up having students who will write the exams and fail woefully. Because they will not get proper tuition, and that is so because the teachers are not motivated and if you are not motivated, you can’t deliver.’’ King Ali argued.