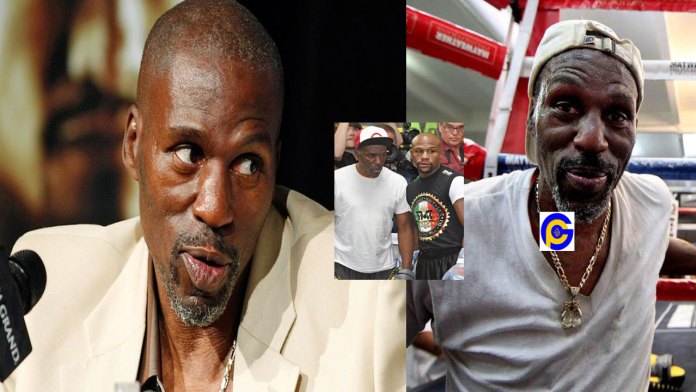 Another tragedy has hit boxing superstar, Floyd Mayweather, who lost his ex-girlfriend and mother of his children Josie Harris about a week ago.

This time around, he has lost his uncle and former trainer, Roger Mayweather, to what has been said to be diabetes, at age 58.

BestNewsGH.com can report that himself, a boxing champion, Roger Mayweather held the WBA and Lineal Super Featherweight titles from 1983 to 1984 and the WBC Light Walter-weight title from 1987 to 1989.

He has been credited with helping his nephew, Floyd, rise to prominence in the world boxing stage after he quit active boxing and took to training him.

Roger Mayweather, a Michigan native, became a distinguished world champion in his own right, facing both Julio Cesar Chaves Jr and Pernell Whittaker during a 20-year career, before establishing himself as one of the greatest coaches in the sport’s history.

Floyd Mayweather reacted after the demise of his Uncle, he said: “My uncle Roger Mayweather has lost a lot of memory from the sport of boxing“.

Mayweather is the second close family member Floyd Mayweather Jr. has lost in a week after the mother of his three children, Josie Harris, was found dead at her California home last Tuesday.