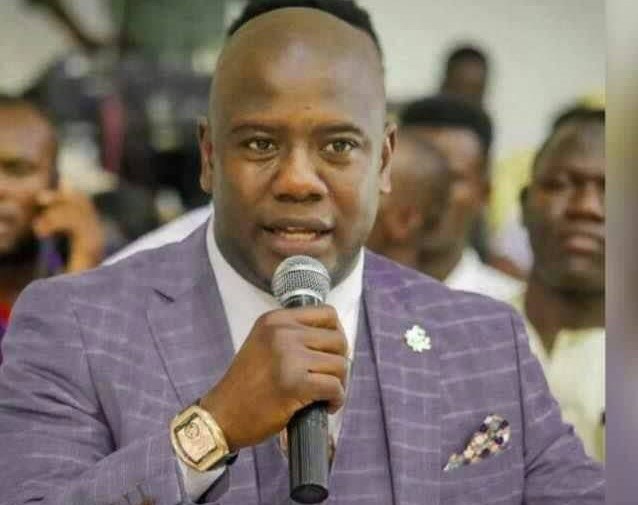 Alhaji Aliu Farouk Mhama has rubbished speculations making the rounds that he has backed down on his ambition and desire to become the next Member of Parliament for the Yendi Constituency in the Northern Region on the ticket of the ruling New Patriotic Party (NPP).

A statement issued by his office a while ago and intercepted by BestNewsGH.com said the young Aliu Mahama’s quest to represent the good people of Yendi in the Legislature remains intact, strong, unwavering and unshakable.

According to the statement said the rumours are being fuelled by political opponents who from afar have witnessed the massive endorsement Alhaji Farouk Aliu Mahama has received from the people of Yendi, particularly the youth, and have been shaken to the core, hence such needless and wicked propaganda against him.

The statement added that such rumours should be disregarded and treated with the contempt it deserves.

Below is the statement authored by the office of Alhaji Farouk Aliu Mahama.

ALHAJI FAROUK ALIU MAHAMA HAS NOT WITHDRAWN HIS CANDIDATURE

The attention of the Office of Alhaji Farouk Aliu Mahama has been drawn to rumours in the grapevine that he has shelved his intention and capacity to via for the Parliamentary Candidacy of the NPP in the forthcoming parliamentary primaries in the Yendi Constituency.

For the avoidance of doubt, the office wants to put on record that the rectitude and resolve of Alhaji Farouk Aliu Mahama to contest the Yendi parliamentary seat is still intact, strong and unshakable. We therefore urge that such rumours must in all instances be considered as the usual falsehoods being peddled about his personality and should be treated with the contempt it deserves.

The office understands that some political opponents are trembling and indeed terrified by the overwhelming support Alhaji Farouk Aliu Mahama continue to garner on a daily basis.

We want to also assure the teeming supporters that Alhaji Farouk Aliu Mahama remains resolute to the agenda agreed on, and is focused in his quest to transform the Yendi Constituency.

Released by the Office of Alhaji Farouk Aliu Mahama