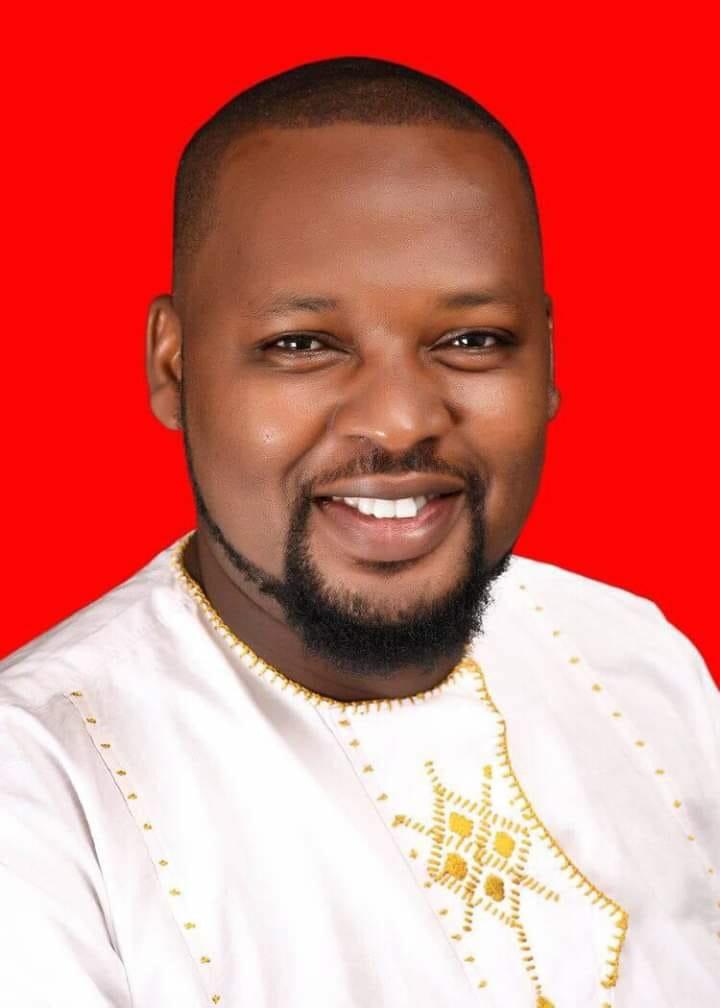 The Campaign team of opposition National Democratic Congress presidential candidate aspirant, Professor Joshua Alabi has suffered a serious setback as one of the talismen and key strategists of the team has withdrawn from the team.

Paramza Kofi Hamza, a deputy national communications officer aspirant who was one of the charge leaders for the former Vice Chancellor of the University for Professional Studies premised his withdrawal from the Alabi campaign team on the fact that his hands were tied.

He took to his Facebook wall to announce his withdrawal and apologized to his numerous colleague comrades who joined the Alabi Campaign team because of him.

According to him, the decision to withdraw from the campaign was a difficult one.

See below, a shot of what he posted on his wall. 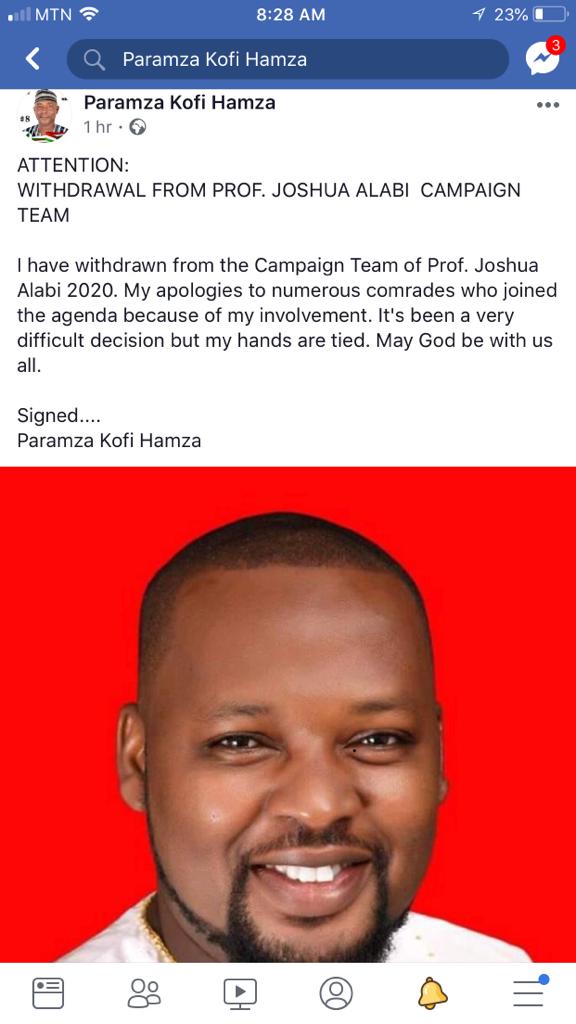