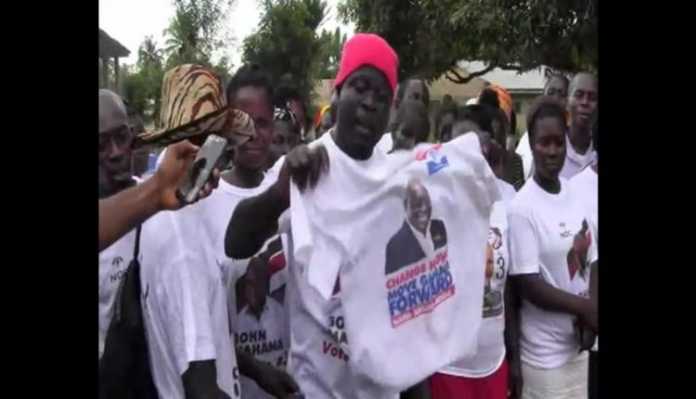 About 50 staunch members of the ruling New Patriotic Party in Akyem Asamama in the Atewa West Constituency of the Eastern region have defected to the largest Opposition Party National Democratic Congress, NDC, over what they say is economic hardship and bad governance.

Many of the defectors claim they played various roles including polling station agents while others were instrumental in grass root mobilization for the party.

The defectors led by one Asuo Peprah and Sam Tuga set fire into 2016 campaign T-shirts of the sitting President, Nana Akufo-Addo to signify their disappointment hence the switch.

Akyem Asamama is one of the “no-go areas” for the NDC in Atewa West Constituency. It could be recalled that during the infamous violent Atewa bye-Election in 2010, the community was the hottest spot due to the purported vigilance of some of the defectors used by the NPP to Police the ballot boxes. The NDC had always used Polling agents outside the community because the handful of supporters are always victimized during elections.

At short ceremony at Asamama to usher the defectors into NDC by the Eastern Regional Executives, Sam Tuga one of the leaders of the defectors,  said they have never liked nor voted for NDC before because they are true blooded members of NPP however, upon reflection, they have noted that the NPP is only using them and their communities as election-winning machines and ha failed to bring development to improve their living standards. He said, most of the developmental projects in Atewa were provided by the NDC.

“I have never voted for NDC before because I am a true blooded member of NPP but we have realized that NPP is using us here in Atewa just for votes. They don’t bring development to us. Ironically, the NDC which we do not vote for is the party that brought electricity to this area, Constructed our road did many things in Atewa”.

He added “the government says it is fighting illegal mining but I can tell you that they have allowed some few selected NPP guys who are still doing galamsey in this area. Our river bodies have been polluted as a result. Personally, I have reported to the Operation Vanguard base at Akyem Afosu but nothing has been done”.

Sam Tuga ended his speech saying, “In all, there is hardship so all of us here, about 50 together with our families have now joined NDC”. 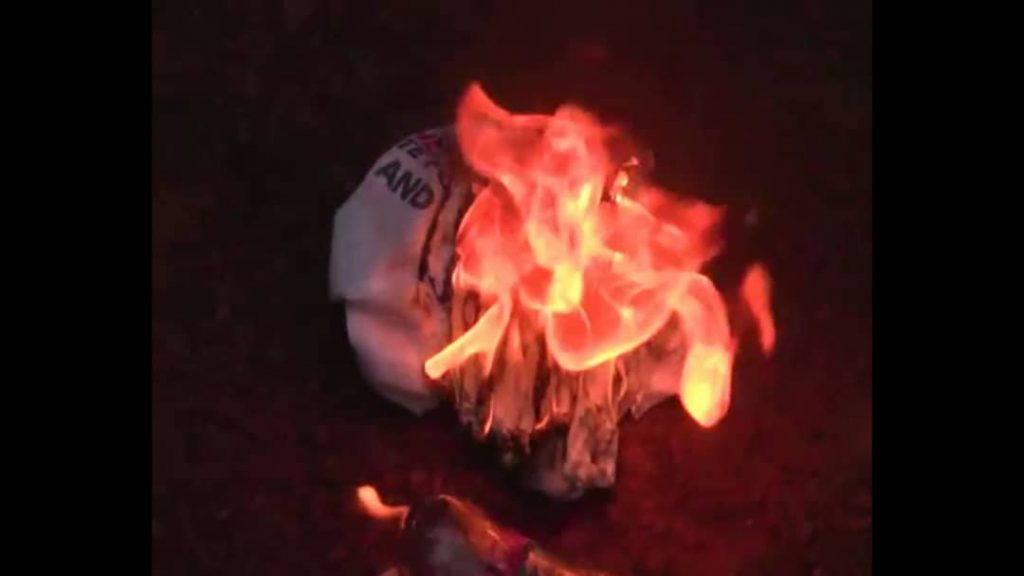 The Eastern Regional Secretary of NDC, Mark Oliver Kevor, welcomed the defectors and assured that they will never regret joining NDC which is a party for the downtrodden and marginalized.

He stated that the deception of the NPP will continue to be exposed by reality adding that, the economic hardship unleashed on Ghanaians triggered by economic mismanagement, unfulfilled promises, and corruption and therefore admonished the NPP to accept the responsibility of the current state of hardship instead of blaming previous government.

Meanwhile, the Atewa West Constituency Organizer of the NPP, Harison Adzamire Darko, told Starr News, the Party is investigating the membership status of the purported defectors to enable it to respond appropriately but suspects the move to be a “diabolic political propaganda” by NDC.