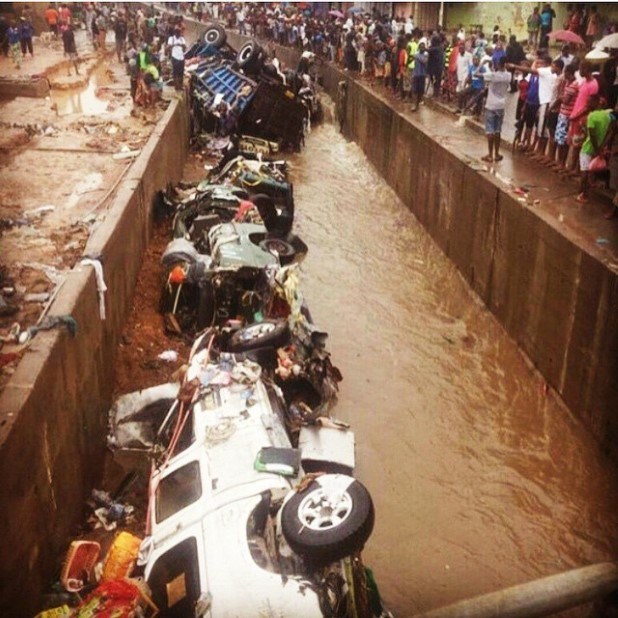 OneGhana Movement has reiterated its demand for fair compensation for the June 3 disaster victims and their families, as well as punishment for culpable officials.

These, the group said, would drive the sense of accountability and responsibility on the part of citizens, corporate Ghana and public officials.

In so doing, the group believes it shall embolden citizens not to allow their rights and privileges to be trampled upon while public servants and politicians alike shall realise that they would be held accountable for their actions.

A statement by Emily Kanyir Nyuur, Executive Secretary of OneGhana Movement, to mark the fourth anniversary of the twin disasters, appealed to media organisations and other public-spirited entities to join them in this fight for justice and a better show of responsibility by public service institutions.

June 3, 2015 marked a black day in the history of Ghana, as rainfall turned into a devastating fire and flood catastrophe.

A total of 154 people died and over 199 others suffered severe burns, resulting in permanent physical disabilities which have severely undermined their suitability for the job market.

No public or corporate officials punished

OneGhana Movement, a thought leadership organisation, said it was disheartening and disappointing that, to date, no public or corporate official had been held accountable for failure to discharge their duty of care to the people of Ghana, especially the victims.

“It is even sadder that a disaster of this magnitude has been treated like those before it; official speeches laced with empty platitudes followed by loud silence,” it added.

The report of the ministerial committee that investigated the disasters attributed them to the floods, poor safety practices at the GOIL filling station and a cigarette spark by a person who has since been identified.

The floods were attributed to blockages in Accra’s main storm drains, resulting from the non-desilting of the drains, as well as the building of settlements and habitations of squatters alongside the storm drains.

It was observed that the lower parts of the Odaw River, in the area known as ‘Sodom Gomorrah’, had been blocked by settlers, who had reclaimed substantial portions of the Odaw channel and built houses, mosques, churches and a market on it, thereby reducing the discharge capacity of the Odaw channel into the Korle Lagoon.

OneGhana Movement noted that it should have been obvious to the relevant public institutions and officials that the inevitable consequence of allowing human settlements along storm drains is that the drains would become even more silted and unable to help prevent flooding.

The group regretted that such a dereliction of duty has led to the death and incapacitation of citizens, on whose taxes these same officials are sustained.

According to the statement, it would, therefore, be a travesty of justice that successive governments sit on and allow persons who have traded political expediency for the discharge of their duty of care owed the public not to be held personally liable for the losses their irresponsibility has caused.

Aside according blame for institutional failures, it stated that it was high time public officers are held responsible in their personal capacities for breaches of duty which occasion injury, damage to property, and death.

“It is our view that institutionalising such a culture will compel public officials to discharge public functions in a manner they will handle their own individual affairs.

“We expect the courts to incorporate this important paradigm in their methodology for dispensing justice involving state officials,” it added.

OneGhana Movement noted that the failure of the managers of the GOIL filling station to ensure that the hatch of the underground tank was properly closed allowed the floodwaters to displace the fuel to the surface, leading to the eventual fire disaster.

The investigative report of the committee that investigated the disaster noted that the station, and by extension the managers of GOIL, had been previously warned about their poor safety practices.

As a result, the group is of the view that GOIL, by failing in its responsibility of duty of care to the public, contributed to the loss of lives.

It is also instructive to note that the Shell filling station opposite the GOIL station did not have its fuel displaced from its underground tanks even though it was also flooded, the statement said.

Therefore, OneGhana Movement wants the failings of every official at GOIL brought to book and justice secured for all victims.

On June 2, 2017, two years after the disaster, OneGhana Movement, in accordance with its citizen responsibility and policy accountability objectives, launched the ‘Justice 4 June 3 (J4J3)’ Campaign, to pursue justice for victims of the June 3 avoidable disasters.

The major objectives of this ‘Justice 4 June 3’ project are to secure equitable compensation for victims and to hold corporations, public officials and institutions accountable for their actions and inactions.

Consequently, the victims and the OneGhana Movement have since, through their lawyers Darko, Keli-Delataa & Co. and A-Partners @ Law, commenced a class action suit against Ghana Oil (GOIL), National Petroleum Authority (NPA) and the Accra Metropolitan Authority (AMA) for their complicity in the disaster.

“While the court case continues, it is our expectation that the pursuit of justice will not only result in fair compensations to victims and their families, but punishment to culpable officials,” it said.