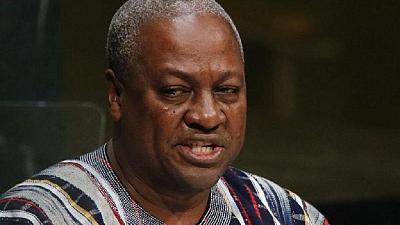 Former Director of Communications for the ruling New Patriotic Party (NPP), Adomako Baafi has accused former president John Dramani Mahama of having the penchant for tribal politics in the country.

According to him, the former president’s pronouncements as he traverses the nooks and crannies of the country, canvassing for votes from the party’s delegates to lead it into the 2020 elections smacks of a desperate man who is trying to use every means possible to gain attention.

Mr. Adomako Baafi who was speaking on Accra based Oman Fm’s Boiling Point programme, recalled how the former president during the 2016 electioneering campaign told the people of the North where he (John Mahama) comes from, to vote for him because he was one of them.

His pronouncements come on the back of Mr. Mahama’s recent comments that no political party can claim to have a strong hold or a ‘world bank’ in the country.

‘’It is shocking that today the man whose stock in trade is tribal politics has suddenly realized that no political party can claim a particular area as its stronghold. Is that not pathetic? He should come again’’ he noted.

He also accused the opposition National Democratic Congress of opposing every single project that government comes up with saying ‘’the NDC is quick to oppose every project that this government introduces. When they see it as project that will bring some glory to the president, the NPP and the country, they quickly jump against it. It is clear they have never wanted the good of this country’’.