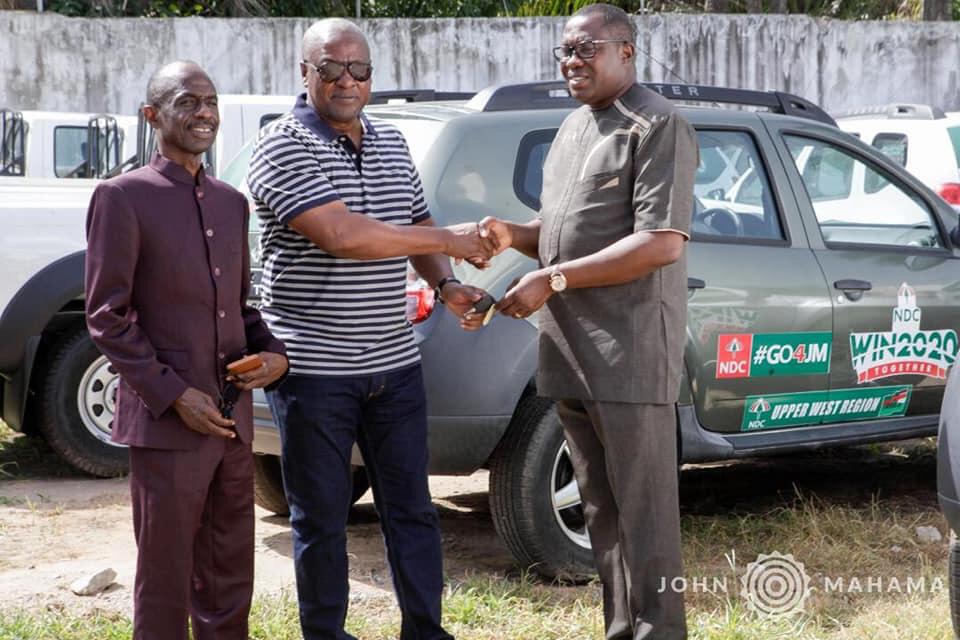 The presidential candidate of the opposition National Democratic Congress (NDC), John Dramani Mahama, has handed over twenty (20) vehicles to the National Chairman of the NDC Samuel Ofosu Ampofo to help enhance the operational capacity of the party’s regional offices.

The Nissan pickup vehicles and Renault Duster Saloon Cars were donated by various benefactors to support the former President during the recent internal NDC presidential primaries.

The vehicles were however not deployed for the campaign.

Handing over the vehicles to the National Chairman, the NDC Flagbearer promised to intensify his efforts to raise logistics and resources for the party in the run up to the campaign for Victory 2020.

The National Chairman thanked the former President and assured him that the vehicles will be used to campaign vigorously for his re-election as President of Ghana in the 2020 election.