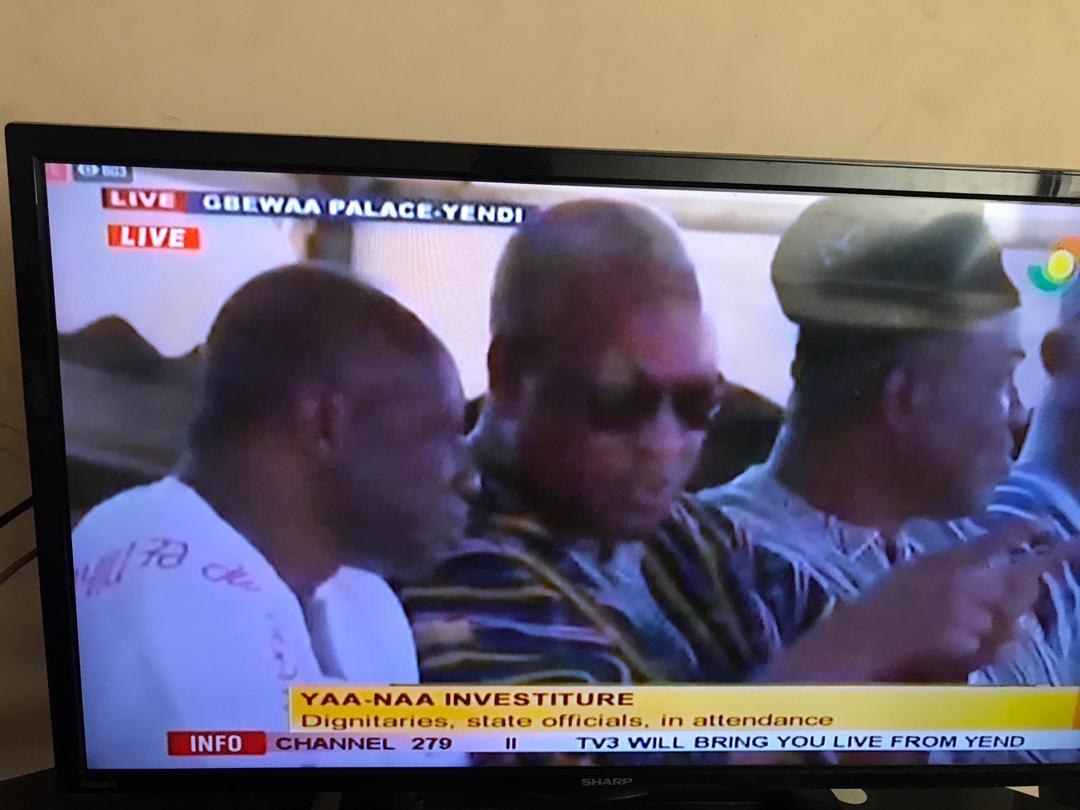 Former President John Dramani Mahama and Minister for Finance Ken Ofori-Atta who sat next to each other at the outdooring of the new Yaa Naa, Abubari Mahama were spotted giggling and chit-chatting most of the time as the event progressed.

This is a clear departure from the rancor and acrimony, laced with name calling that has always characterized discourses between the two, particularly when it comes issues regarding the management of the Ghanaian economy and which government did better, mainly because they belong to different sides of the political divide.

Most observers who saw the two gel and bond with the occasional laughs and smiles were very impressed and are of the view that the issue of a united Dagbon is non-negotiable.

President Nana Addo Dankwa Akufo-Addo, Ministers of state, Parliamentarians, religious leaders and traditional rulers among others are taking part in the event which will be underway any moment from now.

The Minister for Information, Kojo Oppong Nkrumah says chiefs and traditional rulers from over 40 paramountcies are attending the ceremony, including the president of the National House of Chiefs Togbe Afede, the committee of Eminent Chiefs led by the Asantehene Otumfuo Osei Tutu II and the National Peace Council and other different groups.

The Minister who moved from the Northern Regional capital of Tamale this morning to Yendi said the event is almost underway and that the president is satisfied with the progress made in Dagbon so far.