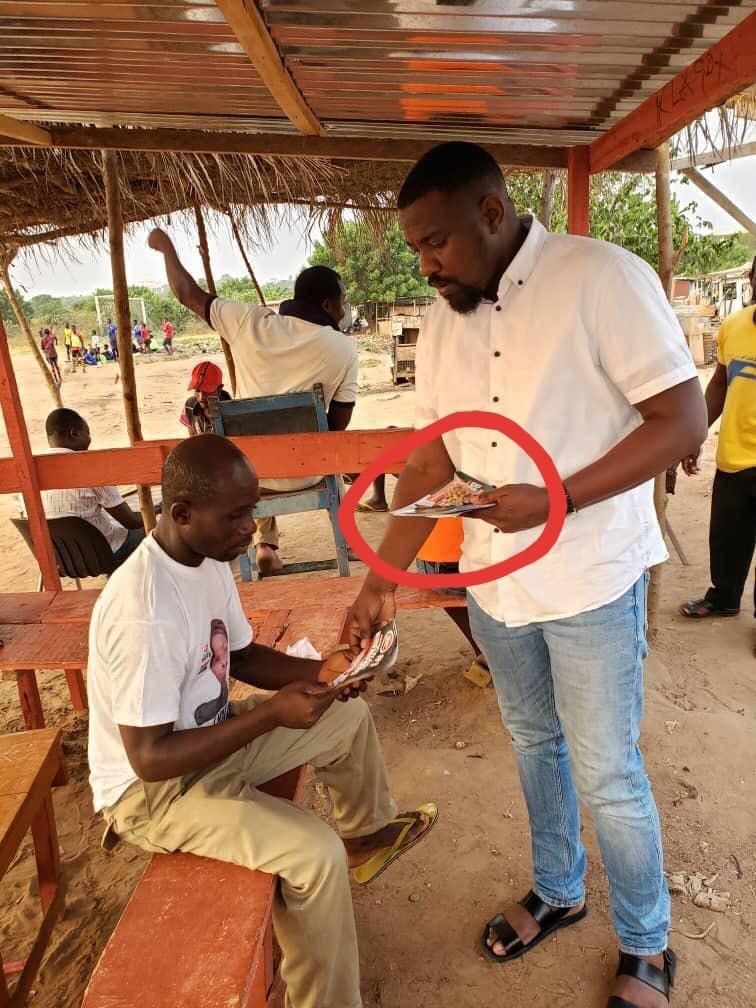 Actor and politician John Dumelo who showed interest in contesting the Ayawaso West Wuogon Constituency by-election but chickened out later, has been caught bribing voters in the constituency ahead of the by-election slated for 31st January, 2019.

Mr. Dumelo who is a member of the opposition National Democratic Congress (NDC) was caught on camera distributing NDC leaflets and cash in 50 Ghana cedi denominations to some voters in the constituency.

He is seen engaging a man wearing a party T-shirt of the ruling New Patriotic Party candidate, Lydia Seyram Alhassan, while handing out the leaflet and the cash to him.

This has come as a surprise to many people in the political space as the NDC have accused and condemned the NPP of bribing voters with dust bins and other goodies embossed with the picture of the candidate.

The NDC has elected Delali Kwesi Brempong to contest the by-election on its behalf.

The Ayawaso West Wuogon Constituency by-election has been occasioned by the death of the Member of Parliament for the constituency, Emmanuel Kyeremanteng Agyarko, who passed on a few weeks ago in America where he was receiving treatment for an ailment in a health facility.

His funeral has been slated for today, Friday, January 25, 2019 and Saturday January 26, 2019 at Krobo Odumasi in the Eastern Region.