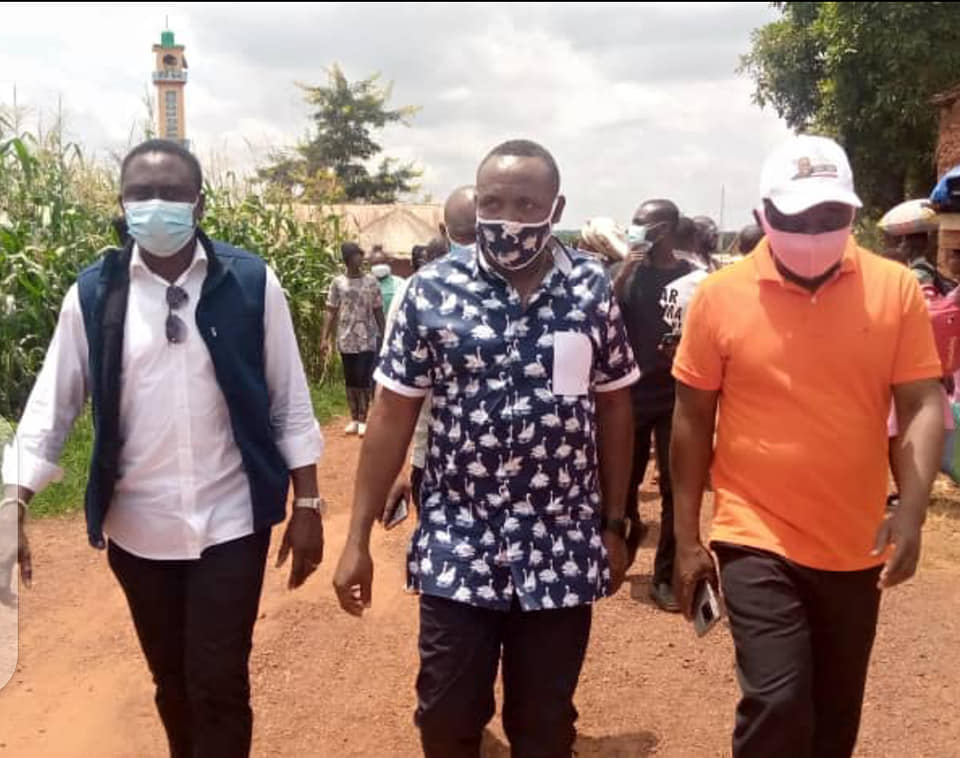 The General Secretary of the NPP, John Boadu, has been touring constituencies in the Upper West Region as well as the Upper East and North East Regions of the country as part of his nationwide tour of registration centres to monitor the ongoing voter registration exercise undertaken by the EC ahead of the 2020 general elections.

His first stop was the Upper West region on Tuesday, 28th July, where he was accompanied by the Upper West Regional Minister, Dr. Hafiz Bin Salih and the Regional Executives led by the Regional Chairman, S. B Kangberee to tour Wa Central, Nadoli Kaleo, Dafiama Basie Issa, Sissala West and and Sissala East constituencies.

Mr John Boadu proceeded to the Upper East Region on the following day and toured Bolga central, Pusiga, Bawku, Nabdam and Talensi constituencies. In Pusiga, he visited Sikoum and the registration centre at the CEPS office, whereas in Bawku central, he toured the Naa Gbewaa, Assemblies of God church and the old GES Office registration centres.

In the Nandam constituency, the NPP General Secretary and his team visited the Gane Asonge primary school, Zanlerigu primary school, Bariki Market and Damolgo registration centres. His last stop in the upper east region was Talensi touring Bulboug market 1 & 2, Catholic Church 1 & 2 as well as Tindongo 1 registration centres all of which are located in Dusi within the Talensi constituency. He was accompanied by some of the upper east regional executives led by the regional chairman, Lawyer Anthony Namoo.

The third day of his tour in the northern part of the country (i.e on Thursday, 30th July) saw the Director of the NPP Campaign Operations and Logistics visiting constituencies in the North East Region. He began in the Walewale constituency where, together with the NPP Parliamentary Candidate, Hajia Lariba Abudu and the MCE for the West Mamprusi Municipality, Hon. Issahaku Arimiyawo, he went to Sagadugu and the Mimima registration centres.

John Boadu rounded up his North East regional tour at the Yunyoo constituency where he paid a courtesy call on Naa Bugri Nabu, the paramount chief of Namong Traditional Area and the immediate past Northern Regional Chairman of the NPP. He then visited registration centres at Lawuk in the constituency. He was accompanied by the North East regional executives of the party led by Alhaji Fuseini Nurudeen, the regional chairman.

At each registration centre, the NPP General Secretary interacted with the EC registration officials and donated PPE to the centres. He spoke to the media after his rounds and expressed satisfaction at the conduct of the exercise. He was accompanied on the regional tour by officials of the NPP directorate of communications including Yaw Preko, Maame Yaa Aboagye, Jennifer Queen and Haruna Mohammed.