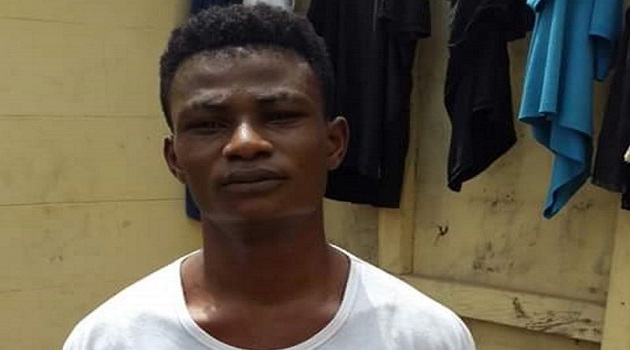 Lawyer for Daniel Asiedu, the main suspect in the J B Danquah Adu murder case, Augustine Obour has described the suspect as mentally unstable and someone whose pronouncements should not be taken seriously.

According to him, since he took over the defense of the suspect, he has realized traits of mental instability in him during their frequent interactions.

According to Mr. Obour, his stance has been corroborated by the suspect’s father who has chronicled a tall list of things the suspect has done when the insanity comes.

He is recommending that the suspect be taken for psychiatric examination to ascertain his true mental status.

The prime suspect in the murder of the late Member of Parliament for Abuakwa North Constituency, Daniel Asiedu, for the second time yesterday Wednesday, January 6, 2019 accused some elements within the governing New Patriotic Party (NPP) of contracting him to kill JB Danquah Adu.

He told an Accra Magistrate Court that he planned the murder with these individuals and was told to accuse the National Democratic Congress (NDC) for the murder.

According to him, he has repented and is ready to speak the truth.

Daniel Asiedu last year – specifically June 20, 2018 – confessed in an Accra District Court that he had been contracted by the late MP’s own party members to have him killed.

According to him, his “contractors” had abandoned him since he carried out the lot and was arrested.

For him, he was making the confession as a result of repentance from his previous life.

Meanwhile, the Court on Wednesday committed Daniel Asiedu, nicknamed Sexy Don Don, and one other accused, Vincent Bosso, to appear before the High Court for trial to commence.

Daniel Asiedu said his friend knows nothing about the case and had only been roped in because his name was mentioned in court as part of his friends.

The prime suspect, now 22, had asked for the intervention of the International Criminal Court (ICC) over his trial.

The murder was committed on February 9, 2016 at the Shiashie residence of the late MP.