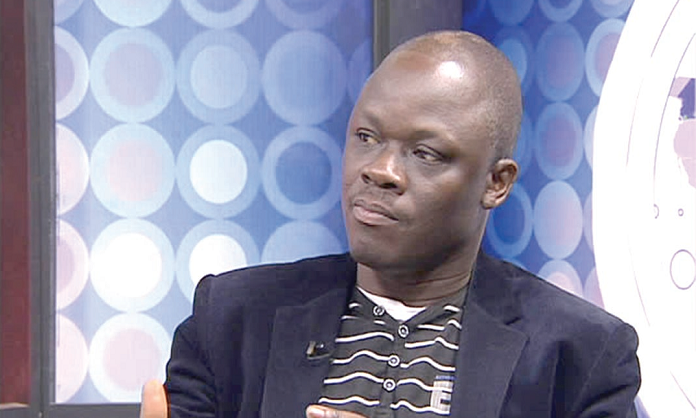 An Accra High Court will tomorrow hear a motion that has cited all Commissioners of the Electoral Commission of Ghana (EC) for contempt of court for failing to provide a Constitutional Instrument (CI) for the Representation of People Amendment Act (ROPAA) as set out by a court in 2017.

In response to the charges, Jean Mensa, Chairperson of the EC, defends her conduct in her affidavit, denying that she “has acted wilfully with the view to bring the administration of justice into disrepute or disregard”.

They argued that the commissioners failed to comply with the court’s ruling in the allocated timeframe of 12 months, despite reminder letters sent to them “each month for eight of the 12 calendar months period” allocated by the court for the ruling.

They later went on to state that only one reply was received by the applicants, when in December 2018 Chairperson Mensa wrote to say that she had not received the previous correspondences.

Lawyer for the applicants stated that the defendants have “failed, refused and/or neglected to comply with the specific orders of the court, including to have passed a Constitutional Instrument for implementation of the Act 699”.

The motion also added that these orders were “directed at them personally”, and it was thus their responsibility to enact the court ruling of 2017.

Mr Anyenini criticised the ethics of the Commissioners of the Electoral Commissioners, alleging that they “have chosen to be disingenuous and deliberately file a ruse of an application praying for extension of time to comply with orders of the court.”

The initial court filing demanded that the EC set out a roadmap for the implementation of ROPAA, an act that would allow Ghanaian citizens abroad the opportunity to vote in elections, and to table a constitutional amendment to parliament for this act.

Dr Kofi A. Boateng, Ms Nellie Kemevor, Mr Obed Danquah, Mr Christiana Sillim and Mr Agyenim Boateng sued the electoral management body on the basis that it had “gone to sleep” and refused to implement Act 699, 11 years after it was passed.

The “deliberate refusal” or inaction of the EC to implement the act, they argued, had robbed them of the chance to vote in three general elections (2008, 2012 and 2016) and other public elections.

They also contended that it was discriminatory for the EC to continue to register a category of Ghanaian citizens studying abroad or working in Ghana’s missions/embassies abroad to vote in public elections and referenda without including them.

In December 18, 2017, the Human Rights Division of an Accra High Court ordered the EC to operationalise ROPAA within 12 months by laying before Parliament a Constitutional Instrument (CI) that will set out the modalities for the implementation of the law.

It was the court’s view that the EC failed to give any cogent reasons for the delay, describing the delay as “grievous, unreasonable and unjustifiable”.