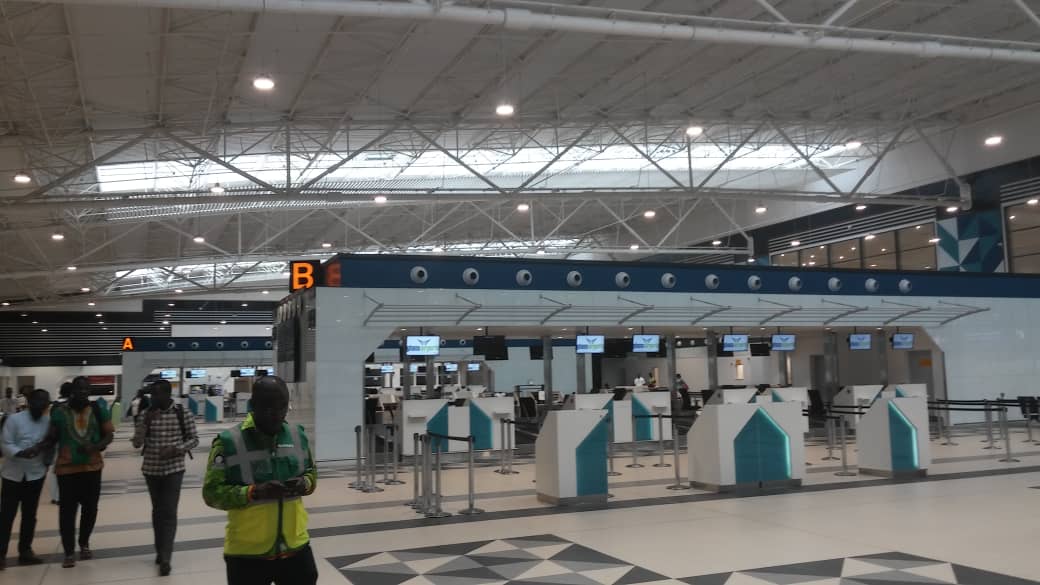 He said all the necessary preparations and testing of equipment has been done and does not expect to face challenges when the new terminal goes live.

He made the comment when aviation minister, Joseph Kofi Ada on Friday paid a working visit to the new KIA terminal 3.

Mr. Joseph Kofi Ada speaking to journalists described the new terminal 3 as excellent and called on passengers and airport Authorities to maintain the facility well.

The minister said president Nana Addo Dankwa Akuffo Addo will on October 2 officially commission the new terminal for public use.

In June this year, The new terminal partially “went live” when two aircrafts docked there.

Airlines Delta Air and South Africa Airways landed at the new terminal 3 with passengers from the United States of America for operational tests of the new aerobridges.

At peak hours, the terminal will have the capacity to process up to about 1,250 passengers. A fully automated baggage handling system will also handle 3,500 bags an hour.

KIA’s Terminal 3 is a monumental feat of engineering.  It has five levels spread across 45,000 square meters and has parking space for 700 cars.

It has six contact stands for Code E aircraft and two remote stands.

At the Departure level, it has 56 check-in desks, 30 passport control centres and eight security lanes.

At the Arrival level, it has 24 immigration counters, four e-gate positions [expandable to eight] and four reclaim devices.

The terminal is equipped with a fully automated baggage handling system to handle both destination and transit luggage at 3,500 bags an hour.

It has been constructed on a design and build basis by Turkish construction company, Mapa Construction MNH Holdings.