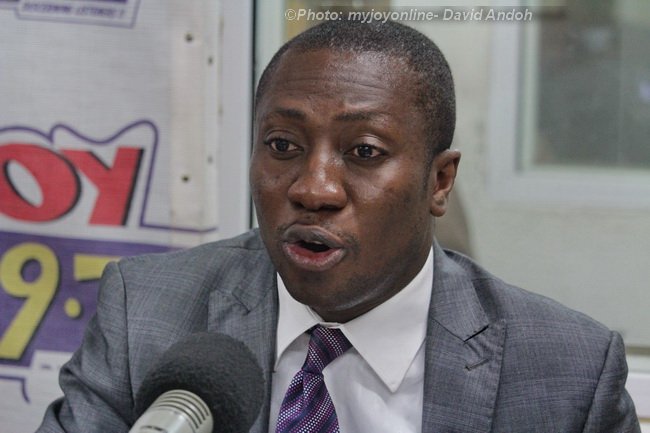 Ruling New Patriotic Party Member of Parliament for Effutu in the Central Region, Alexander Afenyo-Markin has warned Authorities of the University of Cape Coast (UCC) not to ever make an attempt to change Casely Hayford Hall, (Casford) which is a male hall into a mixed hall.

“I hope that UCC will not attempt to make Casford my hall a mixed hall. I hope they won’t dare, Casford… Casford really, if that is done it would be hell in this country. They should never try anything funny.” he fumed on Peace FM Tuesday.

Hon. Afenyo Markin made the comments while contributing to the discussion on the violence that erupted at the Kwame Nkrumah University of Science and Technology (KNUST) on Monday during a demonstration by the students against what they say is brutalities against them by the authorities.

The campus of KNUST has been relatively rowdy following the conversion of some all-male halls into mixed ones.

In September 2018, all of the University’s six traditional halls were changed into mixed ones.

The halls – Katanga, Unity, Africa, Independence, University, Unity and Queen Elizabeth – now house both male and female students much to the chagrin of the students especially the Alumni of Katanga Hall.

The conversion was despite strong opposition from a section of the students.

Authorities say the conversion is in line with the university’s aim of expanding access to female students.