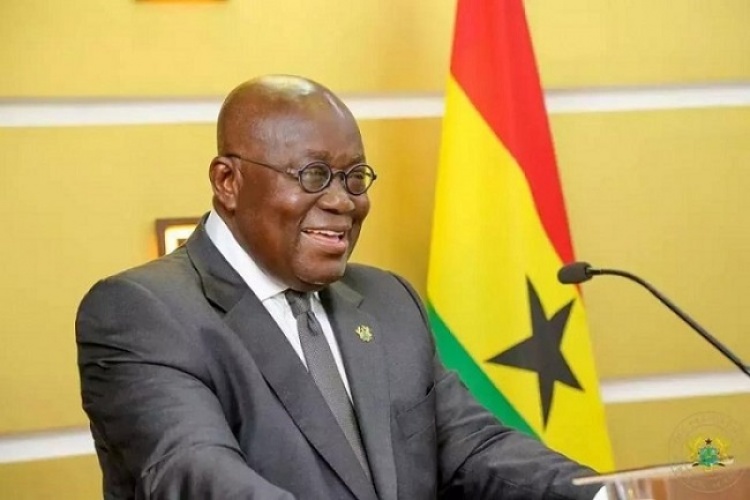 President Nana Addo Dankwa Akufo-Addo has rubbished suggestion by the National Chairman of the opposition National Democratic Congress (NDC) that government and the ruling New Patriotic Party (NPP) intends to recruit party thugs for the 2020 elections.

According to the president, it is also not true that the Emile Short Commission has established that the NPP is sponsoring vigilantes into the National Security system.

Read the president’s reply below. 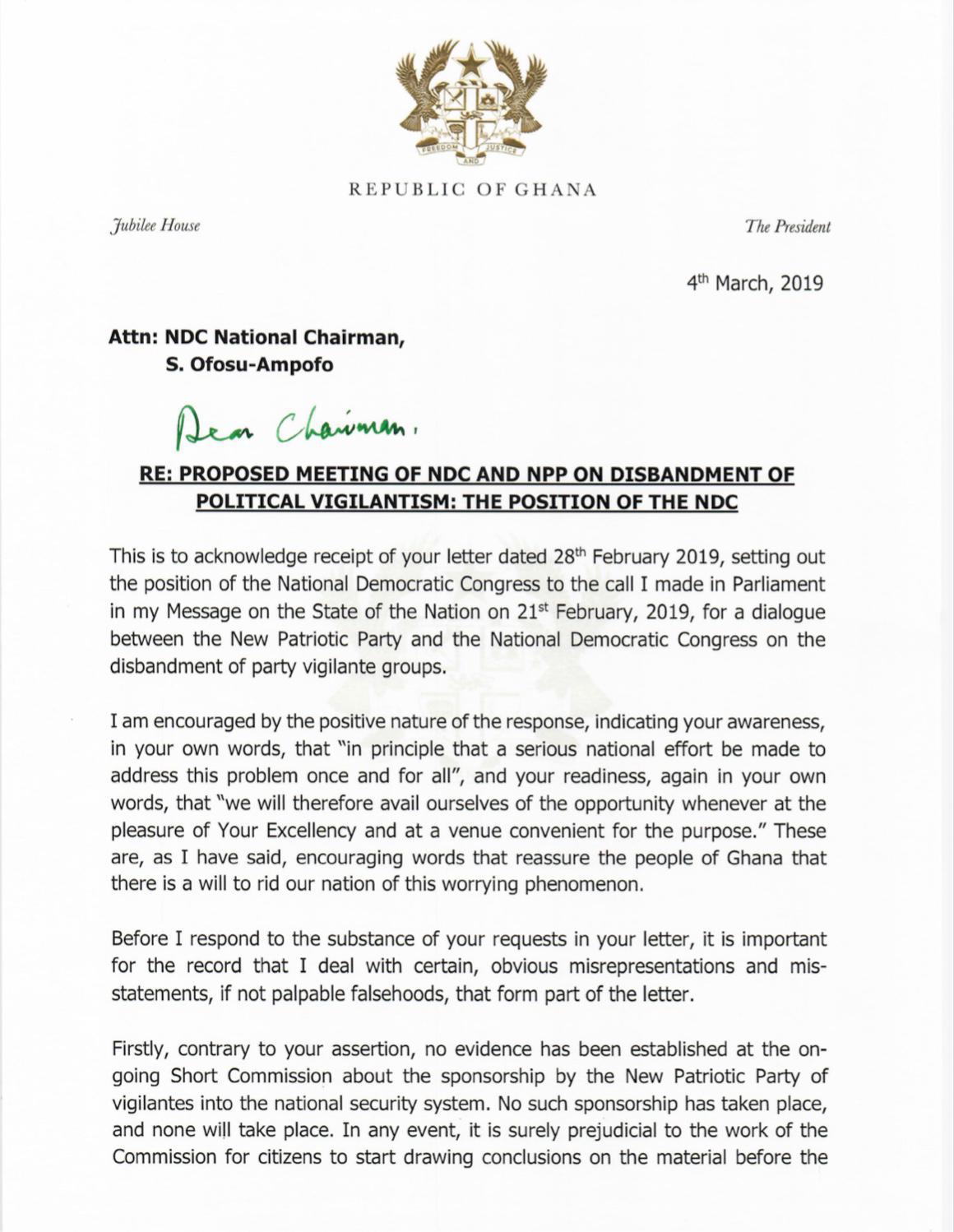 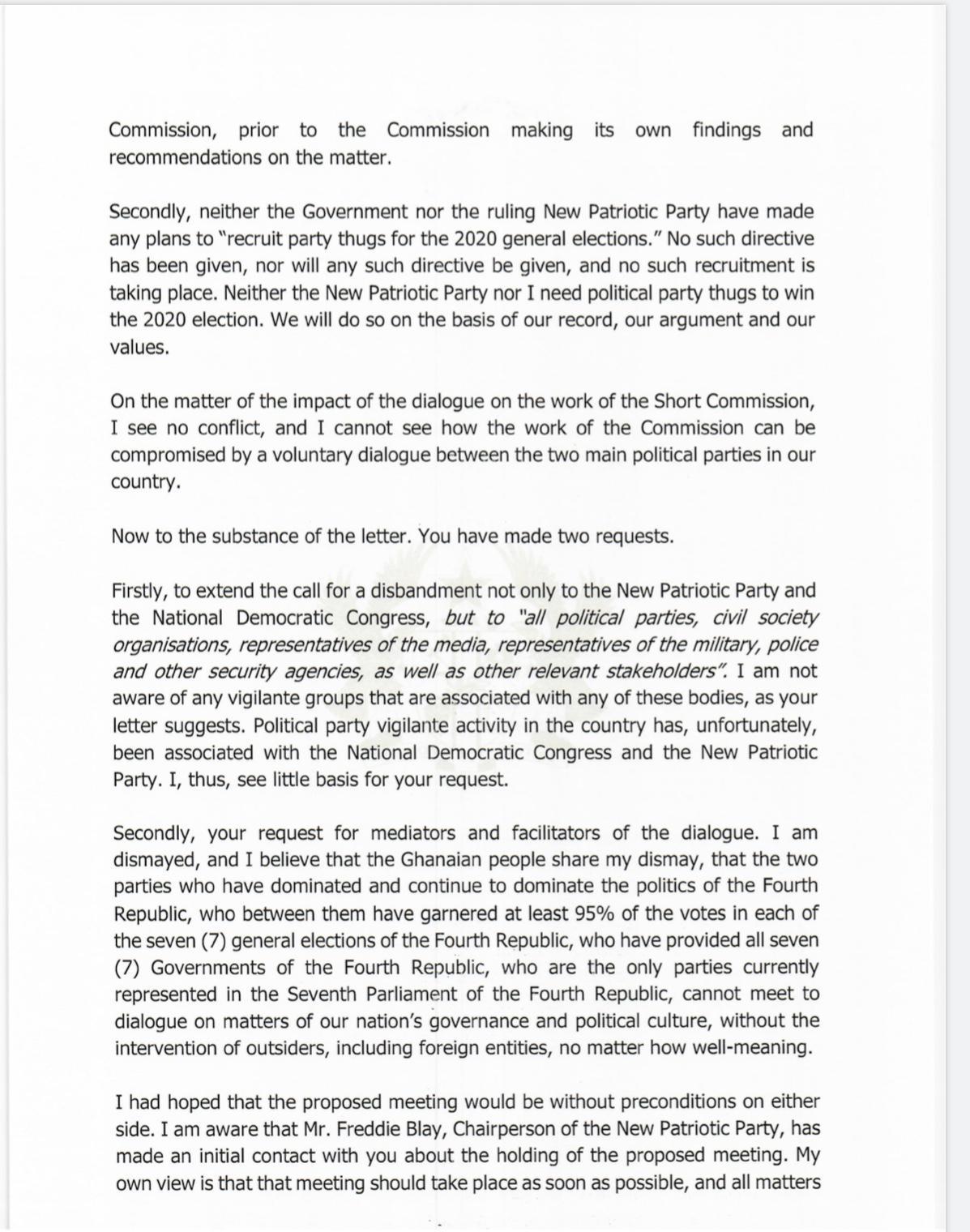 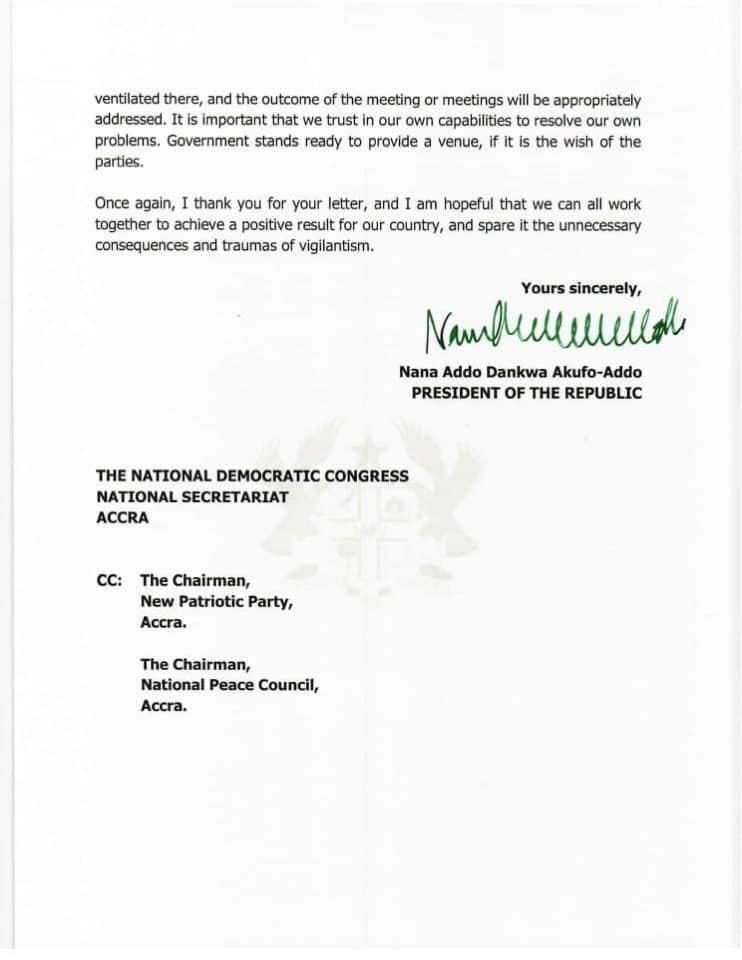