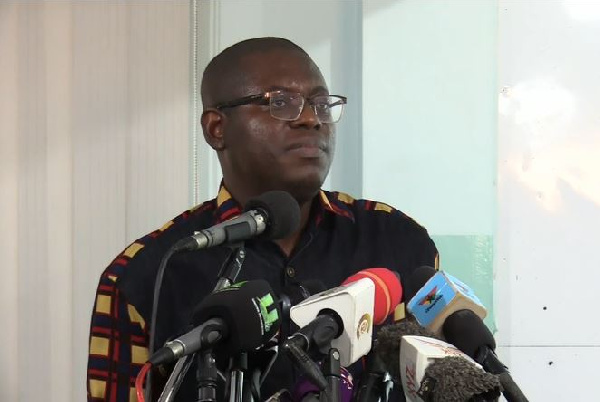 IMANI Africa, a policy think tank, has urged the Electoral Commission (EC) to reconsider its position on acquiring a new electoral system software and the compilation of new voters’ register for the 2020 general election.

Mr Bright Simons, the Vice President of IMANI, said the new system was expensive and could reduce the quality of elections due to limited time.

Speaking at a press briefing in Accra on Tuesday, Mr Simons said the Commission had limited time to go through technical processes such as system configuration and rigorous testing before it was deployed for the registration and elections.

He expressed concern over EC’s decision to sole-source the software contract, saying it was a recipe for bribery and corruption.

“The system they are going to procure is new and there will not be enough time to go through all the technical configurations such as field testing before the elections day. For the old system we already know the challenges and we have been using it since 2012,” he said.

Mr Simons suggested that the EC replaced the broken down equipment to augment the already existing ones to reduce cost.

Touching on the EC’s plan to carry out a mass registration in April, the Vice President expressed concern over the cost the country would incur and, therefore, entreated the electoral management body to rather focus on registering fresh voters to reduce cost.

“EC’s claims that it will cost just $56 million to procure a new system whilst the cost of refreshing and maintaining the existing one would cost $74 million are inaccurate because a tender recently completed by the EC has revealed that the EC plans to spend $72 million on hardware alone,” he said.

“IMANI believes that by the time the software and services are added the total costs for technology alone will amount to $80 million.”

“Compared to a limited registration to capture just those not on the voters’ register, a fresh mass registration shall cost $50 million.”

“However, refreshing the existing technology at competitive prices will cost just about $15 million. Hence the total loss to Ghana of the EC’s actions amounts to $150 million, if one factor in contingency….” Mr Simons added.

There has been heightened interest in recent times over the EC’s decision to procure new software and compile a new voters’ register for the 2020 general election.

Many Civil Society Organisations and political parties, particularly the National Democratic Congress, have taken a firm opposition to the decision.