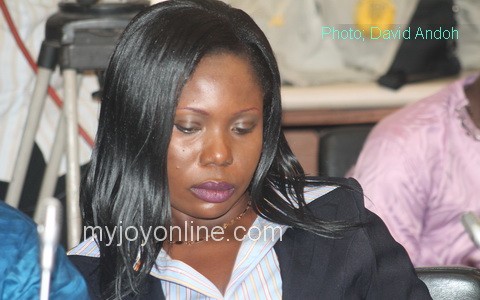 Former National Democratic Congress (NDC) Member of Parliament for Gomoa Central in the Central Region, Rachel Appoh says she has fallen deeper into debts because she lost her seat in the last elections.

She claimed things are tough for her following the mountain of debts she’d been overwhelmed with aftermath the machinations by certain individuals that caused her defeat.

“Some elements within the party engineered my defeat in 2016. Some National Security personnel who were being controlled by faceless individuals stormed my constituency to campaign against me saying Mahama has said he cannot work with me so they should vote against me. At the end of the day I lost the contest. Do you think I’m happy with my defeat. To day I’m being consumed by debts because of my defeat in the 2016, ” she bemoaned in an interview with Kwkeu Owusu Adjei on Anopa Kasapa on Kasapa 102.5 Fm.

The former Gomoa Central lawmaker is being hounded by party communicators and elements within the NDC for deserting her former boss, Nana Oye Lithur and supporting Mohammed Adamu Ramadan in the internal party race.

Reacting to the attacks by her own party members on Anopa Kasapa on Kasapa 102.5 Fm, Rachel Appoh contended that making a big fuss about her decision to support another member of the party is unnecessary.

She said she’s giving her accusers a dose of their own medicine adding “I’m bitter because I’m still paying debts I incurred because of the elections.”

She continued:“There are very critical issues which are of national interest like the Takoradi kidnapped Girls, Menzgold saga and the rest. I beg them, they should rather focus on those issues and stop chastising me for nothing.

I am not the first former Deputy Minister and appointee of the former NDC government who is supporting a candidate in the primaries. There are several Ministers and Deputy Ministers who have also declared their support for Nana Oye Lithur. Party Communicators should leave me alone; I won’t back down because of these attacks. Nobody can destroy me or the bright future I have in politics.”