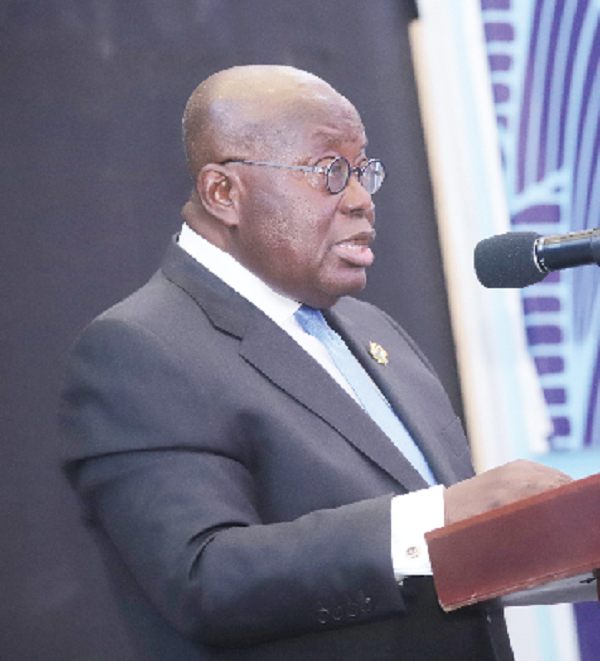 “I will respect the two-term limit for the exercise of presidential authority, as stipulated in the Constitution of the Republic of Ghana, and I will hand over power to the next elected President on January 7, 2025,” President Nana Addo Dankwa Akufo-Addo has assured the nation.

He also said he would not make or cause to be made any substantial modification to the electoral laws in the last six months before the next elections.

Besides, he would not act in any way to serve as an impediment to the conduct of free, fair and transparent elections in the country, he added.

The President gave the assurance when he addressed participants at the 2021 Kofi Annan Peace and Security Forum in Accra yesterday.

He urged his colleague Heads of State in West Africa to continue to work towards entrenching democracy and good governance in their respective countries.

The international forum at the Kofi Annan International Peacekeeping Training Centre (KAIPTC) was attended by some former Presidents, including Mr J. A. Kufuor of Ghana and Mrs Ellen Johnson-Sirleaf of Liberia.

The two-day forum, which is being participated in by some security experts, is on the theme: “Democracy and governance in the context of complex crises in West Africa”.

The Commandant of the KAIPTC, Major General Francis Ofori, presented the former President with a bouquet of flowers.

President Akufo-Addo said that even after two decades of democratic elections in the ECOWAS region, democracy in member states was still work in progress.

He, however, said the current leaders of ECOWAS owed it a duty to the present and the future generations to ensure that the integrity of the electoral process and the consolidation of peace through the establishment of accurate electoral registers, due validation of candidatures, material organisation of balance and the proclamation of authentic results were guaranteed.

The President said Ghana had often been touted as a beacon of democracy in Africa, for which the country had won plaudits for its democratic credentials.

He said the country had conducted eight successful general elections, culminating in five presidential transitions, three of which resulted in the peaceful transfer of power from one political party to the other.

“I am, indeed, pleased to reaffirm before you my unshakable belief in the principles of democratic accountability, which constitutes the basis of good governance in our member states,” President Akufo-Addo said.

He said as the current Chair of the Authority of ECOWAS States and Governments, he would continue to respect the tenets of democracy and good governance.

According to him, good governance must exclude political manoeuvres to maintain power beyond constitutional requirements, adding: “Let us be aware that when the marriage between the elected and the electorate becomes forced, the environment becomes toxic and the mandate becomes precarious.”

The President explained that it was for that reason that ECOWAS Heads of State, in September 2021 in Accra, authorised the body to take steps towards the urgent review of its protocol on democracy and good governance to take account of contemporary developments.