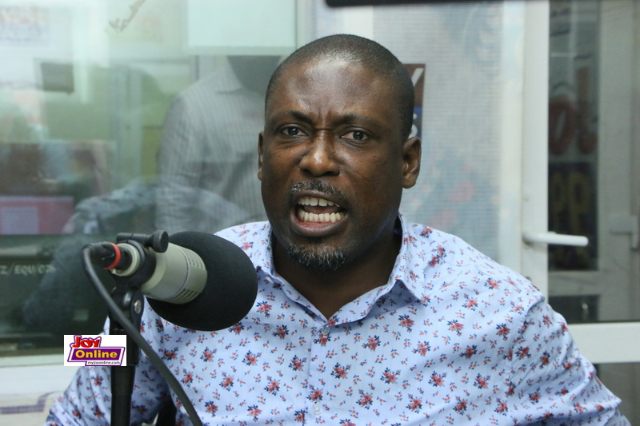 A deputy National Communications Director of the ruling New Patriotic Party (NPP), Richard Nyamah has taken a dig at the Inspector General of Police, David Asante Appeatu, saying he must up his game or leave the scene for a more robust and competent person.

According to him, the police capo seems to have failed in his duty to ensure absolute security for the generality of the Ghanaian people.

His comments come on the back of recent reports of murders in the country and kidnappings in the Western Region in which three young ladies have been kidnapped, with a fresh case reported just yesterday, January 24, 2019.

‘’The IGP must up his game. He is too slow and sluggish for my liking. He doesn’t seem to be on top of issues’’ he said on Asempa Fm’s Eko Sii Sen programme, Thursday.

Mr. Nyamah said the police administration must devise innovative ways of arresting the crime wave in the country and to restore confidence among the populace.

‘’I seriously think that he really needs to up his game because so far, I haven’t felt the impact he has made as the IGP. We have been told that these kidnappers are Nigerians. The police administration should have mechanisms in place to exchange information with their counterparts in Nigeria. They should have information on all these criminals who commit one offence or the other and relocate to Ghana. It is as simple as that’’ he argued further.

Mr. Nyamah’s comments attracted a reaction from the Ghana Police Service which indicated that there is a collaboration between the Ghanaian police Authorities and their Nigerian counterparts through what is known as the West Africa Police Information System (WAPIS).