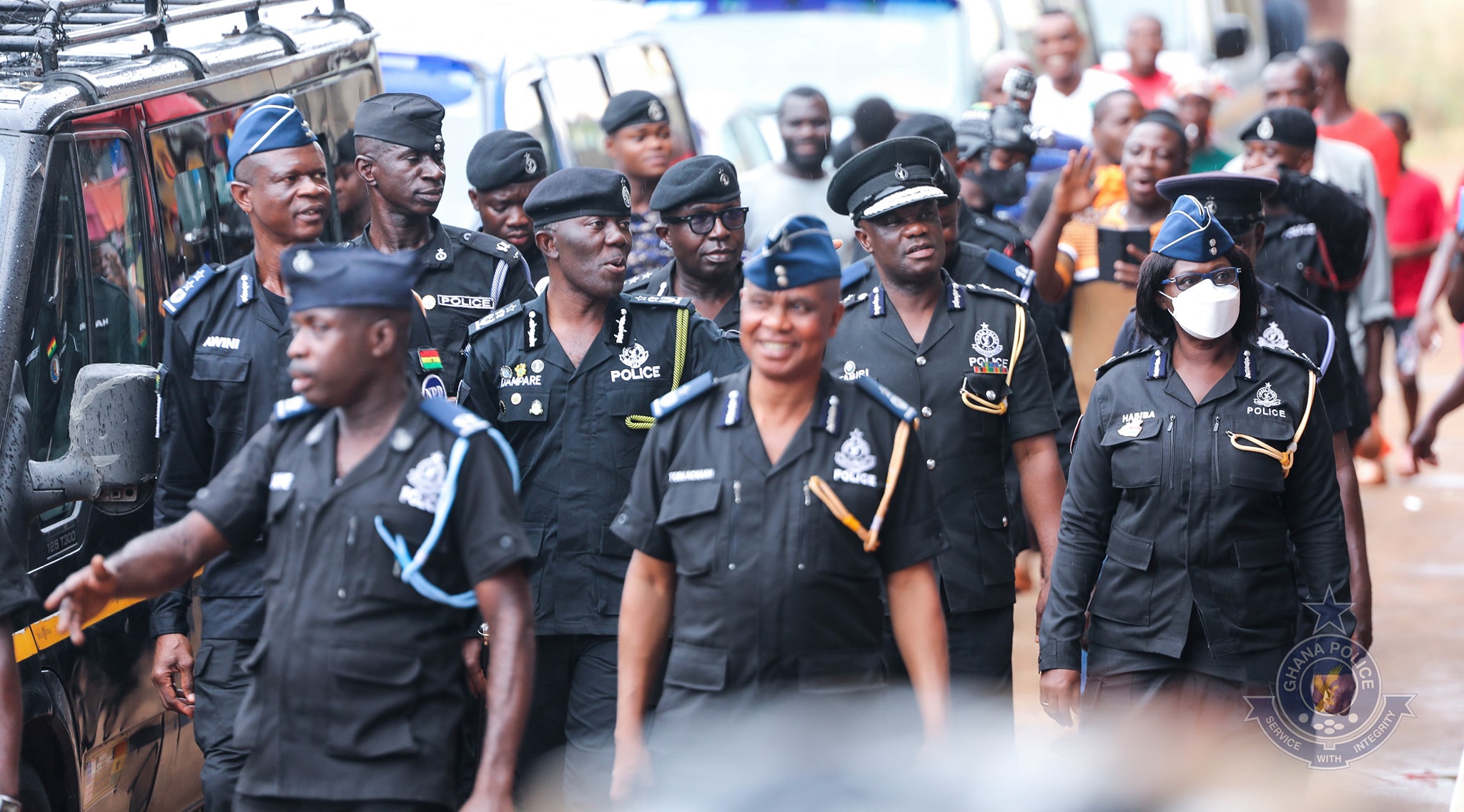 The Inspector-General of Police Dr. George Akuffo Dampare and his team arrived in Kumasi on Monday afternoon for a first-hand assessment of the incident at the Islamic Senior High School at Abrepo, where some students took to the streets and blocked the road to allegedly protest against frequent accidents in front of their school.

Some 25 students were injured after the police fired tear gas to disperse the protestors.

The IGP called for cool heads to prevail while investigations commence into the incident.

Already, some top police officers in the region have been interdicted for their role in the matter.