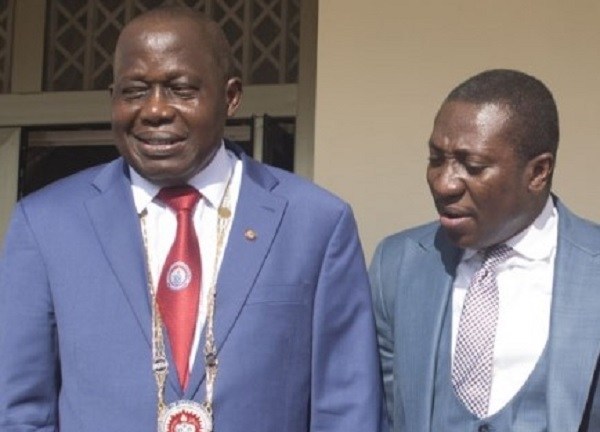 The Member of Parliament for Efutu constituency, Alexander Afenyo Markin is hoping that the Vice Chancellor of the University for Education Winneba, Rev. Fr. Anthony Afful-Broni will use the season of lent to forgive all those he dismissed for various reasons and unite with them for the forward march of the institution.

In his estimation, the governing council of the school together with the Vice chancellor must heed advice from various quarters and back down on their entrenched position of not reinstating lecturers and staff who were fired as a show of their commitment at uniting the University.

‘’As for me, I am an MP without portfolio. I am not a governing council member and I wouldn’t say anything again. I am just watching. Just yesterday, I fought injustice at the peril of my life. What I want to tell the governing council is that whatever action they’re taking, has adverse effects or is against government. They’re not an island on their own and they shouldn’t sit there and claim that they are an independent body and will do whatever they like. Those who are in charge, it those they fired were their relatives, how will they have felt?’’ he quizzed.

The vociferous legal practitioner continued that ‘’the Minister of Education has intervened and was explicit that you should let bygones be bygones. We as Catholic are in the season of lent and the same applies to the Anglicans, and this is the period for forgiveness. We’re all seeking forgiveness for our sins. So why can’t Avea Nsor and co be pardoned and recalled. Those who took documents and went to the church in the night and gave out those sensitive documents that they should be used to fight and free the University from corruption, have they been fired? We should stop the hypocrisy, it is wrong’’ he added.