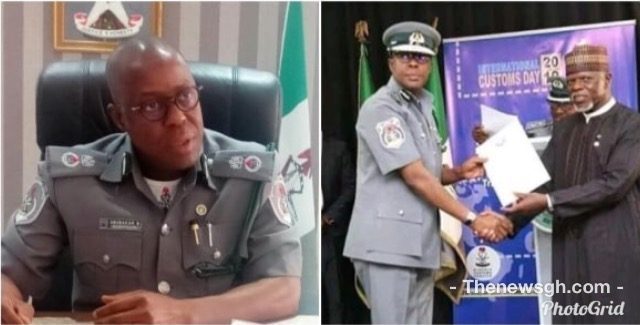 After rejecting a mouth-watering 420 thousand US Dollars as bribe from smugglers of Tramadol, a customs officer in Nigeria has earned a promotion.

Mr Abubakar rejected the hefty bribe last year when the drug smuggling cartel attempted to take delivery of some 41 containers of smuggled Tramadol.

He was able to stand his ground, refused the 420 thousand Dollar bribe and seized the entire consignment of 41 containers of Tramadol.

The Comptroller General said the promotion was to serve as motivation to other customs officials to get them to do their work according to best practices and in the interest of the country.

Tramadol is a pharmaceutical product prohibited under Nigerian laws. The abuse of Tramadol is known to have dire health consequences among the population.