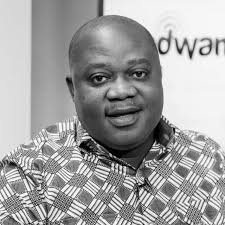 Broadcast Journalist with the stables of Multimedia group, Omanhene Kwabena Asante has lampooned the opposition National Democratic Congress (NDC) for showing double standards with regards to their relationship and opinion about the Ghana Police Service.

The host of Adom Television’s Badwam Programme is at a loss as to why the NDC in one breadth will berate and ridicule the police, openly stating its distrust for the service and in a sharp contrast turnaround to implore the police to investigate an incident, indicating their believe in them.

His comments come on the back of the gun attack in which one person was killed and another seriously injured during a meeting of the NDC at the Ashanti Regional Headquarters of the Party in Kumasi.

The NDC after the incident yesterday, February 18, 2019 expressed confidence in the police to find the perpetrators of the crime and make them face the full force of the law.

But the popular Television personality said this stance by the NDC contravenes its earlier position about the police, particularly after the violence that broke out in the Ayawaso West Wuogon Constituency on the 31st of January 2019, during the by-election.

The party took the police to the cleaners and called for the resignation or dismissal of the Inspector General of Police, the Minister for the Interior and the Minister of State for National Security, blaming them for the commotion in the Ayawaso West Constituency.

Speaking on Asempa Fm’s Eko Sii Sen programme on Monday February 18 2019, Omanhene Kwabena Asante said the NDC seems confused with regards to their perception and dealings with the police saying ‘’how can you say you don’t trust the police and in another instance you’re inviting the police to investigate this shooting incident? I don’t get it. Does that mean that they now trust the police?’’ he quizzed.