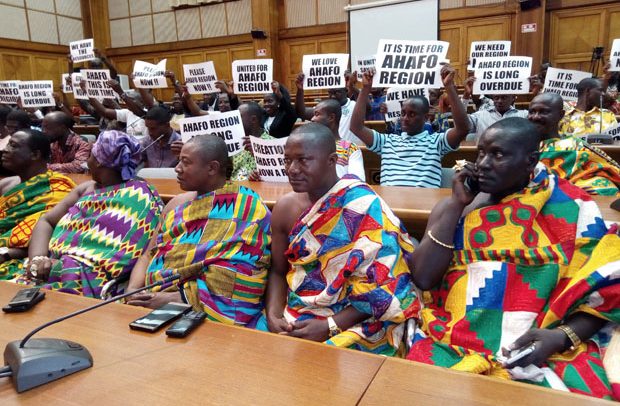 He says the creation of the new region is non-negotiable and that he and his people well do everything possible to ensure that it happens.

According to Nana Attah Mensah II, the creation of the new region is the panacea to the under development in the area and that it is important that the people of the area play their part by turning out in droves to vote in the affirmative during the referendum which will pave way for the creation of the region.

He said the importance of the creation of the region does not leave any leeway for compromise, stressing that as a result of the enormous development that will come to the area, it behooves all indigenes of Ahafo to actively work towards the realization of the new region. “If the region is created, will get our own police headquarters, military barracks, hospitals and University. So everybody must be available to vote so that we attain the 80 percent in the referendum. If anyone goes anywhere during the Yuletide, the fellow should remain there. Because if they come back I will banish them” he noted.

He warned indigenes and residents who are contemplating during the Yuletide when the referendum is scheduled to take place, to abandon such plans and stay in the interest of Ahafoman.

Such people Nana Attah Mensah opined risk banishment if they don’t achieve the 80 percent yes votes they need for the actualisation of the Ahafo Region.