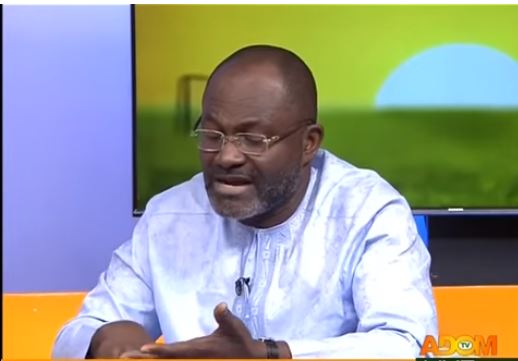 Controversial New Patriotic Party (NPP) Member of Parliament for Assin Central Constituency in the Central Region, Kennedy Ohene Agyapong has said he will not speak for any Customer of gold trading firm, Menzgold.

According to him, the customers did not inform him when they decided to go and invest in the company and therefore should not be roped in when they find it difficult to retrieve their investments.

Mr. Agyapong while having a live discussion on Accra based Adom Television received a text from an unknown person who impressed upon him to intervene in the matter to enable them get back their investments from the company.

According to him, the texter said he (Kennedy Agyapong) wields a great deal of clout and is influential and so should come to their rescue.

‘’Look at the text message I have received, one of the Menzgold customers, the fellow says I should talk about the matter. That I should talk for them. I will not talk for any customer of that company. When they were going to invest there, they didn’t tell me. They should grapple with their problem. I won’t get involved’’ he said on live television.