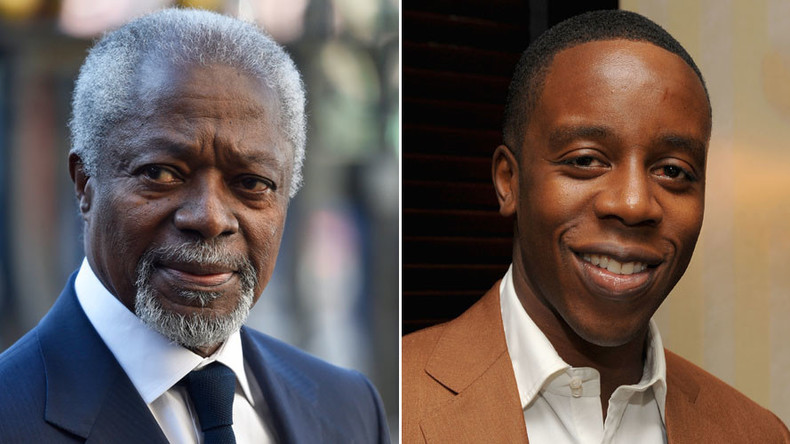 The only son of late United Nations Secretary General, Kofi Annan has promised to follow in his father’s footsteps as a humanitarian.

Kojo Annan while delivering a tribute to his father at the United Nations Headquarters in New York said his father’s path has been made clear and he was more than willing to step into his shoes to continue with what he would have loved him to do.

‘’My father’s race has ended, but the work continues. He believed this was the only work worth doing. Creating a world where everyone can find home. If my father were here, he would implore you to keep fighting the good fight, breaking the forces of inequality, disease, injustice and strife’’ he told the predominantly United Nations staff.

Kojo Annan promised he will do his little bit, wherever he is and however he can, for humanity saying ‘’ we can all do our little bit for a fairer, and more peaceful world’’.

He continued ‘’my father’s path was absolutely clear and I need to follow in his footsteps not at the UN or as a politician, but as a humanitarian’’.

The 7th United Nations Secretary General, Mr. Kofi Annan passed on a couple of weeks ago in Switzerland at the age of 80.

The Government of his native home country Ghana organized a state funeral for him where he has since been interred.